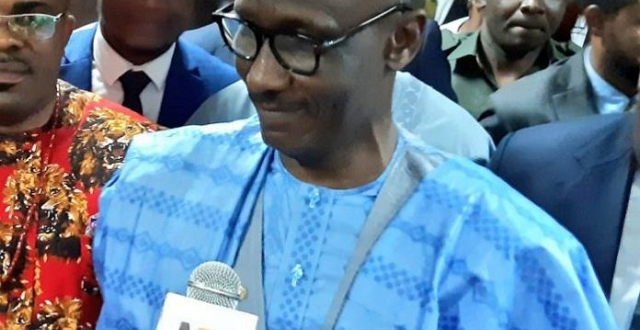 Go Beyond Train-7, Focus On What Next, Kyari Tells NLNG

The Group Managing Director of Nigerian National Petroleum Corporation (NNPC), Mr Mele Kyari, has called on the management of the Nigerian Liquefied Natural Gas (NLNG) to begin to focus on what else can be done beyond Train-7 to expand NLNG operations, assuring that the October final investment decision (FID) on the project is a done deal.

In July last year in London, the Nigerian NNPC, Shell, Total and Eni signed the front-end engineering design contract of the Train-7 of the Nigeria Liquefied Natural Gas Limited. The event also witnessed the commemoration of the repayment of $5.45 billion loan for Trains 1 to 6 by the NLNG shareholders.

The NLNG Train-7 project aims to increase the company’s production capacity by the expansion of Trains 1-6 and associated infrastructure at an estimated cost of $4.3 billion. The NNPC had put the target for the project FID date for the fourth quarter of this year.

While speaking with members of the top management of the NLNG, led by its Managing Director, Tony Attah, who visited him in Abuja yesterday, Kyari reiterated that the eight million-tons per annum (MTPA) Train-7 project is designed to expand the company’s production capacity from the current 22 MTPA to 30 MTPA.

The NNPC GMD assured of the unflinching commitment of the federal government and the NNPC management in the future expansion drive of NLNG. According to him, all obstacles that could impede the actualization of the Train-7 FID project should be promptly identified and removed ahead of the October 2019 timeline.

In his presentation, the NLNG MD, Mr Attah, said the company would be relying on the usual invaluable support from the Corporation to achieve the successful execution of the Train-7 FID project and lots more. He announced that the project would generate a projected 12,000 jobs with massive spin-offs on the nation’s economy.

The company grew to a six-train facility with the inauguration of Train 6 in 2007. The company sourced the principal amount of $4.043 billion from its shareholders in their respective shareholding proportions to partly fund the construction of Trains 1-6.

Community Contractors To Be Involved In NOGAPS Construction – Wabote