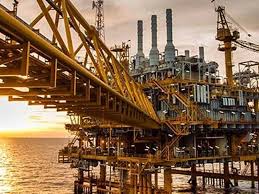 By Dirisu Yakubu with agency news

It was gathered that Jisike oil field is currently the only producing field in OML 53, which is located onshore in Imo State in the North eastern Niger Delta, approximately 60 kilomtres north of Port Harcourt.

However, OML 53 also contains the large undeveloped Ohaji South gas and condensate field, the development of which would be coordinated with the Shell- operated Assa North field on adjacent OML 21, together referred to as the ANOH Gas project.

But in a swift reaction, Seplat has clarified that the partners have not signed the Final Investment Decision (FID) for the gas project, which is a joint venture with the Nigerian National Petroleum Corporation (NNPC) and could not have violated the Nigerian content law in a project that has not been awarded.

NCDMB has also given AMNI International Petroleum Development Company up till the close of business today (Monday) to explain why it embarked on the deployment of non-compliant expatriates and procurement of several third party services, especially 12-inch and 4-inch coated pipes, for the company’s projects and activities without the approval of the agency.

According to her, the NNPC, Seplat and partners have not signed the FID for the project.

“We have not taken the FID. How can we award contracts without funding? Where will the money come from? Seplat and partners have not taken the FID. There is no contract that has been awarded at this stage. We don’t know where they (NCDMB) are getting the report from but we are meeting with them on Tuesday (tomorrow) to give them update,” she explained.