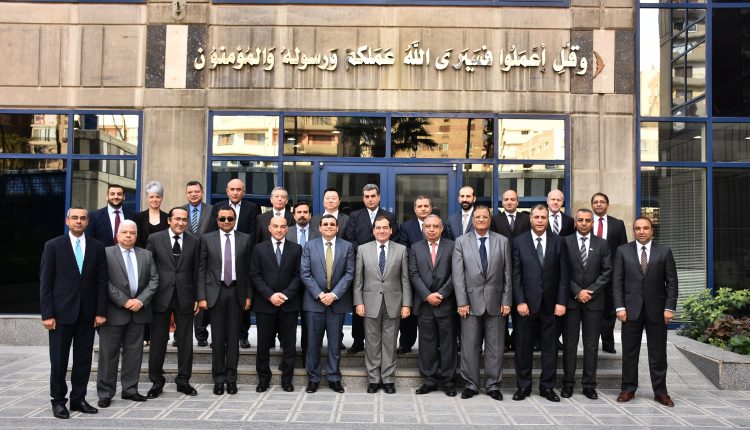 Under the patronage of President Al Sisi, ExxonMobil Egypt is the diamond sponsor of the First International Energy Conference and Exhibition in Egypt (EGYPS 2017)

Cairo, Egypt , 29th of Jan 2017– A partner in Egypt’s growth for 115 years, ExxonMobil Egypt continues to support the Egyptian economy in general, and the petroleum and mineral resources sector in particular. With this vision, the company participates in the first international energy conference and exhibition (EGYPS 2017), the most important event for the oil and gas industry in North Africa. The event will be held at the Cairo International Convention Centre during the period from February 14th to 16th, 2017. EGYPS 2017 is organized under the patronage of H.E. President Abdel Fattah Al Sisi, and under the auspices of the Ministry of Petroleum and Mineral Resources.

Eng. Hesham Elamroussy, Chairman and Managing Director of ExxonMobil Egypt and Lubricant Manager for North Africa and Middle East, stated that: “EGYPS 2017 presents a unique opportunity to bring together key partners within the oil and mineral resources industry in Egypt and the Middle East”.

Elamroussy added: “We believe that this key economic event will greatly contribute to attract further direct foreign investments to the Egyptian market, consequently supporting and promoting the Egyptian economy. ExxonMobil Egypt participates in this important regional exhibition and conference as the diamond sponsor, in support of Egypt’s economic growth”.

Eng. Elamroussy also noted: “This conference will undoubtedly promote strategic development and future growth in Egypt. EGYPS is considered the most prominent event to attract foreign investments in the field of oil and gas and to enhance collaboration with the Egyptian government to boost oil and natural gas production rates in Egypt.”

Elamroussy concluded: “At ExxonMobil Egypt, we are optimistic about the recent economic reforms, which support the Egyptian government’s plan to promote the economy and attract further investments, having a positive impact on all our business areas in Egypt”.

ExxonMobil, Shell Disagree On Viability Of Business In…

Nigeria Rolls Out Guidelines for Operations of Downstream…

ExxonMobil Egypt, operating in the Egyptian market for 115 years, is one of the leading companies in providing high quality lubricants and fuels. The company actively contributes in Egypt Vision 2030, where economic development is the top priority. The company is committed towards supplying the Egyptian economy with state-of-the-art technologies and to develop human resources in order to support the oil and mineral resources sector in Egypt.

It is worth mentioning that Eng. Elamroussy is a member of EGYPS 2017 Executive Committee. Additionally, 17 engineers and employees from ExxonMobil Egypt are members of a number of other committees of the conference, including the technical, media, public relations, and corporate social responsibility committees. Furthermore, ExxonMobil Egypt sponsors the EGYPS Petroleum Club 2017. The Egyptian affiliate invited Ms. Lynne M. Lachenmyer, Vice President of Exxon Mobil Corporation for Safety, Security, Health, and Environment, to participate in the sessions of the “Women in Energy Conference.”

Christopher  Hudson,  President  of  Energy  Division  at  DMG  Events,  the  organizer  of  EGYPS 2017, stated, “We are pleased with the participation of ExxonMobil Egypt in this important event as one of the most significant companies operating in the energy field.” Hudson noted that EGYPS 2017 would be a platform for oil and gas professionals in North Africa and the whole world.

EGYPS 2017 is including the largest technical conference in the oil and mineral resources industry in the region. Over the period of three days, 28 technical sessions will take place, covering more than 10 technical categories. “Women in Energy Conference” consists of eight sessions taking place on February 16th, while two days are allocated for strategic seminars bringing together government officials and global business leaders to shed light on the future of the oil and gas sector in Egypt.