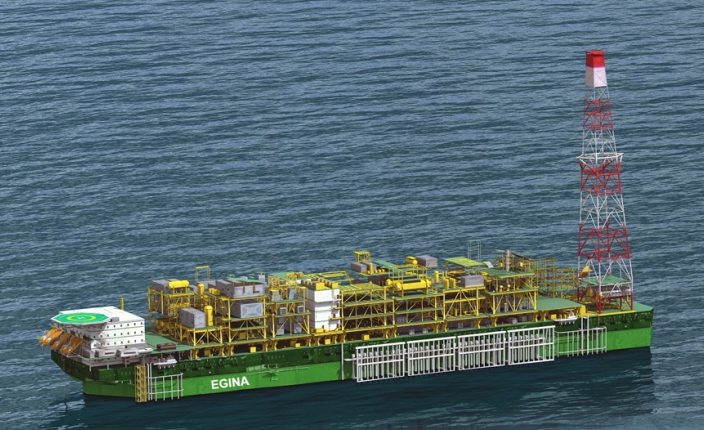 The adoption of the local content policy in the Nigerian oil and gas industry as well the Federal Government’s commitment to its implementation has remained progressively evolving. The Local Content Policy (LCP), primarily designed to benefit the economic growth of the country, indeed makes no little leeway for the increased participation of indigenous oil firms in the supply chain of the sector. The policy among others which targets to build the capacity of indigenous firms, improve backward linkage development – the means by which procurement of locally produced inputs and services is increased, also aims to create more employment opportunities for the local workforce.

Intrinsically, the arrival of the Egina FPSO at the LADOL Free Zone in Lagos since January 24 has further brought the LCP to a practical reality.Throwing doors of opportunities for the policy implementation, the vessel, which arrived the country from South Korea, berthed at the newly built 500-metre FPSO integration quayside at the Samsung Yard (SHI-MCI). Currently, the 330 metres length vessel is stationed at the newly built quayside, where it will be fitted with the locally fabricated modules before sailing away to Egina field. Besides the modules, several other components which include 60,000 tons of fabricated materials, manufactured locally will be fitted on it. Part of the cheering news is that the paint used for the coating of the FPSO was locally made. The active participation of the indigenous firms and other local service providers in the project execution has so far delivered the benefits of the Nigerian Local Content Policy in measurable terms and scales. And from available indices, the country’s LCP can be adjudged to be making impressive progress in having its targets met.

Interestingly, the Egina FPSO which is the first major deep-water development project launched after the enactment of the Nigeria Oil and Gas Industry Content Development (NOGICD) Act, today enjoys an outstanding record of having the highest level of local content of any of such project in the country so far. Considering the degree of local content implementation on this project, it has been described by industry players as a game changer as far as deep offshore oil and gas project execution in the country is concerned.

GinaConvincingly, the impact is deep and broad! Starting from the newly built 500 metre long quaybay, enhanced local technical building, job creation to advanced pace of technology transfer in the industry, the local content policy is fully on motion. Peeping further into the impact of this project also shows a massive boost in local equipment manufacturing capacity, increased entrepreneurial activities and creation of local values in the country’s oil and sector.

Recently, it was also disclosed that the completion of the FPSO project will launch Nigeria into a new era of reduced cost of production. According to the Group Operating Officer (COO) Upstream of the NNPC, Mr. Rabiu Bello, it will cost operators of the field $20 to produce a barrel of oil from it. He noted that it was economical and profitable.These and more points to a realizable policy framework carefully carved out to enable the economic growth of Nigeria and her citizenry.

Similarly, an industry expert, Dr. Oladiran Fawibe in a report titled, “Enhancing the Oil and Gas Value Chain for the Domestic Market” recalled that the NOGICD Act was a response to an unsatisfactory situation about the involvement of Nigerians and Nigerian companies in the oil and gas industry. He, however, observed that the country is making an appreciable improvement on its LCP implementation drive. According to him, “Following the enormous investment in human capital by the Nigerian National Petroleum Corporation (NNPC) and some of its joint venture partners over the years, a new crop of highly competent and experienced Nigerian engineers, geophysicists, have emerged. Some of them have established private oil prospecting and oil services firms, which are classified as indigenous contracting firms. In his review of the LC policy current performance level, the industry expert scored engineering quite high – 90 per cent while fabrication and manufacturing performance levels were placed at 50 and 7 per cent respectively.

Speaking during the arrival ceremony, the Managing Director of Total E & P, Mr. Nicholas Terraz, hinted that the six locally fabricated modules would be integrated into the FPSO at the Samsung Yard over a period of six months before the FPSO sails away to the Egina field, noting that the local integration of the FPSO is a first for Nigeria and Africa.

Speaking further, Terraz said the 330 metres length Egina FPSO is the largest FPSO ever installed in Nigeria and the largest FPSO built by the Total Group worldwide. Terraz described the integration of the six locally fabricated topside modules at the SHI-MCI Yard before it finally moves to the Egina field as a game changer as far as the execution of deep offshore oil and gas projects in the country is concerned. According to him, it is also a remarkable achievement in local content development in Nigeria.

Recently, in his presentation at the public hearing organised by the Senate Ad-hoc committee investigating the local content elements of the 200,000 barrels capacity Egina FPSO platform, in Abuja recently, Terraz hinted that upon its commencement of production later in 2018, the Egina project will contribute about 10 per cent of Nigeria’s total oil production.

The Total boss told the legislators that the project had obeyed all of the Federal Government’s Local Content dictates. Listing the local content milestones recorded by the project so far, Terraz said that in the area of employment, “the project represents a workload of 24 million man-hours worked in Nigeria, or 77 per cent of total project workload, equivalent to a workforce of 3,000 persons on average during five years.”

To many industry observers, although the LCP implementation is currently faced with a myriad of challenges, the LCP adherence so far recorded in the Egina FPSO project execution is but a floodlight to the enormous opportunities the policy offers to both Nigeria and Nigerians. And that with government’s and other stakeholders commitment and consistency towards proper implementation of the Nigerian Content act, the country will gradually over her challenges while ultimately realising its major target of enabling increased economic and social benefits of oil resources to Nigeria through value-added capacity building and local participation.