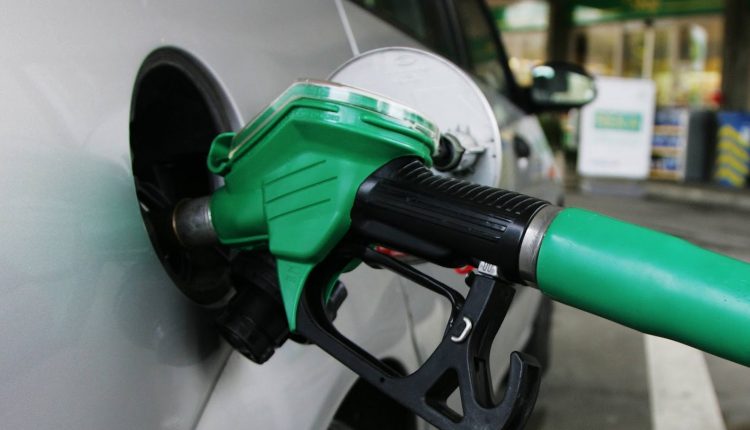 Oil marketers in the country have failed to adjust the pump prices of Premium Motor Spirit aka (petrol) at their filling stations to reflect the N5 reduction announced by the Federal Government last week.

Recall that the Minister of Labour and Productivity, Dr Chris Ngige after meeting with officials of labour unions in Abuja last week, announced that the parties resolved that the price of petrol would be reduced by N5 per litre with effect from December 14.

However, filling stations visited by our correspondents in Lagos and Abuja confirmed on Monday that they were all selling petrol between 163 and N168 per litre.

Also, according to Punch newspapers findings, two filling stations right in front of the headquarters of the Nigerian National Petroleum Corporation in Abuja – Conoil and Total – sold petrol to motorists at N166.5 and N168 per litre respectively.

Other filling stations, such as Oando, MRS, Forte Oil, Petrocam, Fatgbems and others sited in different locations in Lagos State also dispensed their products at prices above N162 per litre on Monday.

However, at the few NNPC retail outlets in Abuja that dispensed the commodity at the new rate, motorists formed long queues in front of the stations in a bid to buy at the reduced price.

Commenting on the non-compliance of its members to the recent reduction on PMS prices by the Federal Government, some top officials of the marketers’ associations said the price decrease had not been communicated to them.

NNPC Will Partner Media for Information Sharing on PIB…

“We have not got any document from anybody that can be relied on regarding the reduction of petrol price,” the National Operation Controller, Independent Petroleum Marketers Association of Nigeria, Mr Mike Osatuyi, said.

The Chairman, Major Oil Marketers Association of Nigeria, Mr Adetunji Oyebanji, said the ex-depot price of the product would determine the price at which marketers would sell it at the filling stations.

“We cannot change the price based on newspaper pronouncements. When we see the documentation that will support that, we will begin to take action,” he added.

According to Gillis-Harry, implementing it would further increase the losses being incurred by dealers due to the price fluctuations since March this year.

“This reduction is not clear to us and how does it fit in a regulated market? This is why we’ve always asked the government to involve marketers when fixing prices.

“Everyone should be carried along. You cannot imagine the losses which marketers will incur as a result of this,” he said.

Since the removal of the petrol subsidy by the Federal Government in March, the prices of petrol has swung from initial reduction to N125 from N145 per litre to the current price of N163-N170 per litre across the country.

SERAP Gives Buhari, Sylva 14 Days to Explain Use of N116m for Pens, Others by Petrol Ministry