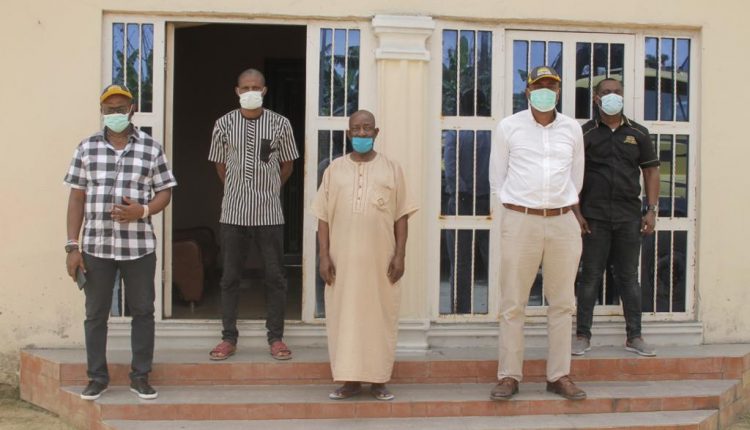 In a bid to cushion the effect of the pandemic on the livelihood and health of its host communities in Rivers State as well as support other States and the Federal Government in the fight against the pandemic, Oilserv Limited in conjunction with the Sir. Emeka Okwuosa Foundation donated foodstuff and medical supplies worth over 100 million naira.

The benefitting States are; Rivers, Anambra, Enugu and the Presidential Task Force through the NNPC.

Also, driven by the sheer determination and passion to impact lives positively, The Sir. Emeka Okwuosa Foundation also donated over 3,000 bags of rice and a lorry load of yams (8000 tubers) to families in Oraifite and Ozubulu, Ekwusigo Local Government Area of Anambra state to cushion the effect of the Corona Virus and the lockdown in the state.

Speaking with the press, Director of the Sir. Emeka Okwuosa Foundation, Hon. Azuka Okwuosa said, “we believe in the power of humanity to solve any challenge.

“The Foundation’s contribution to families and communities in Anambra state aligns with our deeply rooted commitment to impacting lives positively and to support the state government against the fight of the Corona Virus at this difficult time’’.

He further stated that their thoughts and prayers “are with those affected by COVID-19 and the healthcare workers on the front lines battling to contain the outbreak.”

The Foundation’s poverty alleviation programme which also comes through capacity building, provision of basic amenities such as roads and water, and award of scholarship to the people, had improved the standard of living of people in Oraifite and its neighbouring communities.

Oilserv ccommended the Federal and State governments in their efforts to not only find solution to the pandemic and treat patients that have contracted the disease, but in their daunting effort to provide palliative to the teeming populace.

Oilserv Limited, a leading Engineering, Procurement, Construction, Installation and Commissioning Company in Nigeria has been a major player in the Oil/Gas industry since her inception in 1992 and has contributed immensely to the development of pipelines systems infrastructure in Oil & Gas industry in Nigeria as well as other infrastructural projects that positively affect the economy of the country.