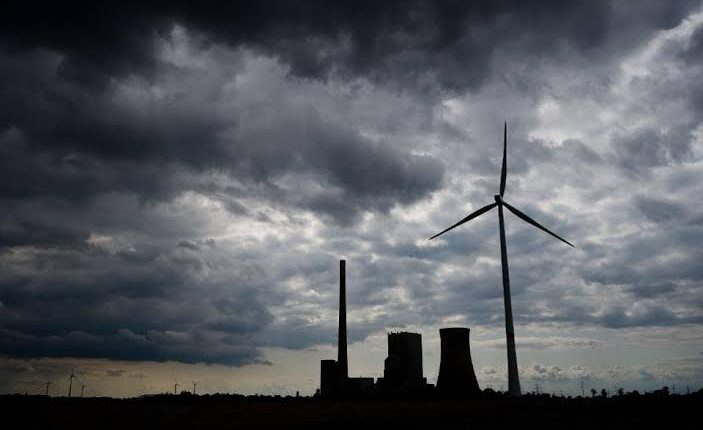 COVID-19 Is Killing O&G And Could Poison Renewables

Whiting Petroleum Corp. has succumbed to COVID-19 and the oil battle now taking place between Saudi Arabia and Russia. It filed for bankruptcy last week.

Questions abound, ranging from how many more independent oil and gas operations could go under to what are the possible implications for energy markets.

Given the economic downturn — 7 million jobs lost in March alone — the demand for oil and gas will remain weak. That will cause prices to fall even further, perhaps as low as $20 per barrel. But the dip will be relatively short-lived. And while oil prices are expected to climb again, green energy’s future is now in limbo. With gasoline prices so low, the pressure is off to invest in alternative fuels.

“The sharp decline in the oil market may well undermine clean energy transitions by reducing the impetus for energy efficiency policies,” writes Fatih Birol, executive director of the International Energy Agency. “Without measures by governments, cheaper energy always leads consumers to use it less efficiently. It reduces the appeal of buying more efficient cars or retrofitting homes and offices to save energy.”

World leaders have a prime role here: Birol says that, globally, $400 billion in fossil fuel subsidies exists and that 40% of those are designed to make oil cheaper and more affordable. The International Energy Agency says that governments have the most leverage to drive energy investment.

And the agency credits policymakers for last year’s halt in global CO2 emissions — even as the world economy expanded by 3%; global emissions remained 33 giga-tonnes in 2019, which it attributes to the growing market share of wind and solar as well as the switch from coal to natural gas. It also praises the use of more nuclear energy generation. Emissions from the power sector alone fell to levels not seen since the 1980s as a result.

“We may well see CO2 emissions fall this year as a result of the impact of the coronavirus on economic activity, particularly transport,” says Director Birol. “But … this would not be the result of governments and companies adopting new policies and strategies. It would most likely be a short-term blip that could well be followed by a rebound in emissions growth as economic activity ramps back up.”

The Flip-Side and the Potential Compromise

The flip-side? Whiting Petroleum will be the first of many independents to restructure. With thousands of jobs at risk, the government may be forced to act: oil prices have fallen from $53 a barrel in mid February to $30 a barrel. A Wall Street Journal story says that producers could default on $32-billion in high-yield debt, citing companies like Chesapeake Energy Corp., Ultra Petroleum Corp. and California Resources Corp.

An op-ed in Forbes presented by Steve Forbes and written by Elizabeth Ames Coleman, a former chairman of the Texas Railroad Commission, and Phil Bryant, a former governor of Mississippi, argues for intervention. They cite the importance of the oil industry, which has come to the nation’s rescue during times of war but which is now under assault by foreign powers seeking to kill off American competition.

To that end, Donald Trump tweeted that he had spoken with both Saudi Arabia and Russia and that both agreed to cut supply — a move that could prop-up prices. Russia, however, said it never made such a vow.

“We will be facing challenging days in the months ahead,” the authors write. “America cannot afford to lose its energy jobs or the security and independence that is the result of its vibrant domestic energy industry. No country should be allowed to hold our energy security hostage. We are asking President Trump to do what’s best for our country: Save our energy production …”

Some economists are suggesting that a turnaround will occur in the fourth quarter. Free-market thinkers such as Steve Forbes say that, in ordinary times, government needs to let the markets naturally realign. Interfering only encourages poor business decisions. As for oil companies, they are now forced to diversify their portfolios, prompting many of them to invest in renewable energy. And the current troubles in those markets, furthermore, are expected to cause consolidation — a move that will firm-up the industry and prepare it for a new day.

At least that is what Goldman Sachs and IHS Markit are saying, noting that better companies will emerge from the carnage. On a different level, the current free-fall is occurring while green energy was rising. The bigger prize is, arguably, to keep up the pressure to reduce CO2 levels.

“The current drop in carbon emissions is unlikely to be sustainable, while low fossil fuel prices could potentially hamper the competitiveness of alternative energy sources,” says Jennifer Gordon, senior fellow for the Global Energy Center at the Atlantic Council. “The pandemic will likely slow the energy transition for a number of reasons, even though it also has made the need for clean and reliable power even more immediate.”

The health pandemic and the price war are taking a toll on the oil and gas industry. But the fallout is also hurting a lot of other enterprises, not to mention families. Congress has tried to ease the overall financial pain by enacting stimulus packages worth at least $2 trillion. And there’s talk now of another — eventual — plan, which would no doubt pit fossil fuels against green energies. If a bill does materialize, it would likely entail a compromise — and one that sets firm limits on CO2. Climate hawks may wince but they could live with that.

COVID-19: Nigeria Seeks $7bn From IMF, Others To Reflate Economy