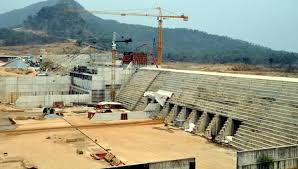 The progress of the 3,050 megawatts Mambilla Hydropower Plant has again been hampered by the issue of compensation payment by the Federal Government to land owners where the power plant is located.

Orient Energy Review gathered that while the Federal Government had made payments for survey works and sensitisation of the affected communities, the non-payment of compensation is imbedding the progress of the project.

Officials of the Federal Ministry of Power hinted that the Taraba State Government had yet to send the list of beneficiaries to be compensated several months after the request was made by the Federal Government.

This is after the Federal Ministry of Power had released N700m to the Taraba State for the survey work on the project site. The survey was to ascertain the actual land area for the project before the commencement of compensation to beneficiaries.

Officials at the Federal Ministry of Power, however, said the payment of compensation was yet to commence because of the delay in getting the list of land owners.

The Special Assistant to the Minister of Power on Media and Communications, Aaron Artimas, said, “You see the problem is that we have done our own part by releasing money for the site survey and sensitisation.

“That is where we stopped because the state government is supposed to assign other tasks to us since land is vested on state governments. So we are waiting for them to submit the list of beneficiaries for compensation so that the exercise will commence.”

The Mambilla power project had dragged on for about four decades without considerable progress in its execution.

Why engineers from across sub-Saharan Africa will head for…

In February this year, the Chairman, House Committee on Power, Magaji Aliyu, declared that the over 40-year-old project only existed on reports and papers.

Artimas hinted that the Federal Government would fund the compensation of beneficiaries, but  noted that the COVID-19 outbreak had slowed the sequence of events on the project.

He stated, “By our calculation, we would have been paying the compensation by now. However, the report hasn’t come to the ministry yet.

“We are waiting for the Taraba State Government to submit that report so that we can move into the next phase of compensation.”