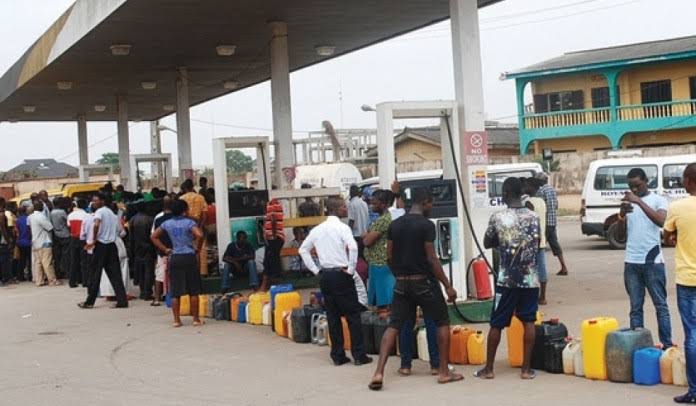 The Federal Government’s decision to suspend fuel supply to border stations has left border communities in Kwara State in hardship.

The Speaker, Kwara State House of Assembly, Yakubu Danladi, who expressed his concern over fuel scarcity in four districts of Baruten Local Government Area of the State. said the hardship was gradually becoming unbearable for the people.

Danladi made this known when he paid a courtesy visit to the newly appointed Sector 3 Coordinator of the National Border Drill operation, Comptroller Mohammed Garba, on Monday.

In a statement signed by the Kwara State Command of the Nigeria Customs Service, Zakari Chado, stated that the Speaker was accompanied on the visit by the Chairman, House Committee on Education and Human Capital Development, Mohammed Baba-Salihu, also lamented on the hardship the people had to go through to access fuel.

The Speaker appealed to the Sector Coordinator to reconsider the decision of fuel supply to the affected border communities, adding that a litre of petrol now costs about N300.

He said, “The hardship is being faced by four districts of Baruten Local Government Area, namely Ilesha, Baruba, Okuta and Chikanda axis.”

Responding, Comptroller Uba expressed satisfaction with the Speaker’s open-mindedness in coming forward to chart a way forward for his people.

Comptroller Uba explained that the partial border closure was not to witch-hunt or obstruct any legal businesses or community, but to prevent illegal exportation of petroleum products.

“The idea was to encourage local farmers, control the inflow of arms and ammunition, illicit drugs and all other prohibited goods. It is also to enable the neighbouring countries to obey the ECOWAS protocol,” he said.

The Comptroller advised aggrieved persons to channel their grievances to the “appropriate quarters”, adding that the Service is only implementing policies of the Federal Government.