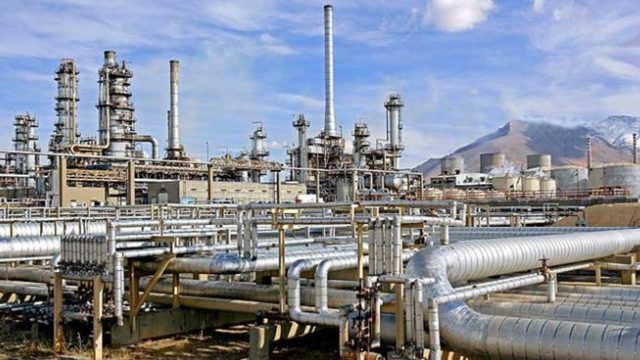 ……..Nigeria’s Niger Delta continues to be plagued by insurgents and oil spills

……..Nigeria struggles to keep oil majors interested in sustaining their operations in the country

……..The country’s new petroleum bill is no guaranteed recipe for success

Nigeria has had to face countless challenges in the past months, ranging from purely oil-related supply disruptions and oil spills to just casual violence making it really hard for oil companies to maintain a solid ESG profile there.

In one of the most recent episodes of the latter, a group of forestry specialists contracted by the Italian major ENI were shot as they were working on a mangrove restoration project in Bayelsa state, i.e. whilst trying to remediate the negative environmental impact of oil production.

Amidst a new regulatory regime that should nominally improve upstream terms but introduces a bunch of new taxation schemes instead, as well as with exports curtailed by ceaseless force majeures of different kinds, Nigeria’s future looks shaky.

Throughout November, Nigeria’s Delta region has been struggling to contain an oil spill first reported November 05. In the OML 29 oil block that Nigerian oil company Alteo bought from Shell in 2015, a leaking wellhead casing “under high pressure” has spewed tens of thousands of crude barrels into the Niger river and surrounding territories.

Whilst the oil spill should be contained sooner or later now that the Nigerian government has called in Halliburton to help, the situation whereby a high-volume oil spill could go on for a month without due action taken straight away is a sign of both political impotence and lax regulatory oversight.

It remains to be seen whether the oil spill was a consequence of a deliberate attack or was simply triggered by an unqualified attempted theft, however one can be almost certain that similar roadblocks would take place regularly in the future.

Simultaneously to the leaking wellhead in OML 29, the final destination of all barrels produced within that license block – i.e. the Bonny Light terminal – has also seen a series of unexpected setbacks. One of the two main oil pipelines that feed the terminal, the 150,000 b/d Nembe Creek Trunk Line, started leaking late October and it took a month for the pipeline to be repaired and force majeure lifted at Bonny.

Despite the reported success of repair works, the preliminary loading schedule for January indicates that exports will not recover as quickly as one might think, with January 2022 outflows assumed at a mere 60,000 b/d.

Considering the shambles that Nigerian domestic refineries are in, almost 100% of crude produced ends up going towards exports. Looking at data would suggest that the country is already bouncing back somewhat from its recent production travails.
Nigeria’s October output was reported at 1.4 million b/d, i.e. some 230,000 b/d lower than the 1.63 million b/d production target stipulated in accordance with the OPEC+ deal.

The overall expectation is that of Nigeria gradually bringing back all the temporarily lost volumes, the aggregate of preliminary January data would suggest that exports might be up at 1.66 million b/d, implying it would be at last in line with the OPEC+ production quota.

This being said, if the past couple of months show anything, it is that if there is something that could go awry for Nigeria, it most definitely will. Demand for Nigerian grades has waned over the course of this year due to incessant disruptions. To take just one example, ever since Brass River exports were jeopardized by a pipeline explosion in November 2020, exports levels dropped from their previous level of 100,000 b/d to an average of 50,000 b/d, despite ENI (the field operator) allegedly repairing all damages last year.

For no apparent reason, loadings from the Erha FPSO stopped for almost two months in October-November and still do not look particularly convincing. Forcados, too, experienced a month-long disruption earlier in H2, proving that Nigeria’s recurring difficulties of maintaining stable production come from systemic faults are not just merely unrelated ad hoc events.

At the same time, Nigeria is right in the middle of implementing all the regulatory changes stipulated by the Petroleum Industry Bill (PIB), as was assumed following President Buhari’s signing the bill into law in mid-August.

It seems that the government’s objective to have the PIB go live by the summer of 2022 is well within reach, last month has already seen the creation of Nigeria’s new regulatory agencies, the Upstream Regulatory Commission (NURC) and the Midstream & Downstream Petroleum Regulatory Authority (NMDPRA).

Progress on arguably the hardest part of revamping Nigeria’s notoriously opaque oil industry, the creation of a leaner and more transparent national oil company from NNPC, has difficult to gauge.

Oil majors are still wary that the new NNPC might unilaterally write off debts collected over a substantial time horizon, though Nigerian authorities insist that it would include them on the new entity’s balance sheet.

Whilst the new hydrocarbon law does improve upstream terms across the board, primarily by means of lowering the royalty rate to 7.5%, there is no guarantee this would indeed work.

The thing is that simultaneously to the introduction of lower outright taxation, a series of new mandatory contributions were included, too, most notably a host community trust fund with which oil majors ought to support the development of local communities, effectively being forced to supplant the Nigerian state in its financing of social programmes.

Add to this the newly introduced clause on domestic oil and gas supply obligations and Nigeria is brewing the recipe for potential disaster. All this has already raised a lot of eyebrows at oil majors, going even beyond those that were anyways in the process of leaving Nigeria, such as ExxonMobil or to an extent Royal Dutch Shell.