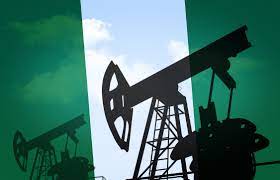 *Cost of borrowing in global commodity industry to surge in 2022
*Despite headwinds, Wood Mackenzie predicts over $400bn global spending

Nigeria’s desire to continue reaping the benefits of its oil and gas resources before the world fully embraces renewables may face serious headwinds this year, with the global finance community tying up over $130 trillion capital to funding carbon-free energy investments.

This means that funds available for lending to International Oil Companies (IOCs), and by extension the Nigerian National Petroleum Company (NNPC) Limited which acts as their Joint Venture (JV) partners could be severely curtailed.

Nigeria has continued to struggle to ramp up its production volume in the upstream of the country’s oil and gas industry, but had largely failed due to years of under-investment, ageing infrastructure and inability to procure modern equipment to deter incessant oil theft and sabotage.

The much-needed investment would also enable operators adopt artificial intelligence systems as well as deploy virtual and machine learning in exploration and production.

In August last year, the country enacted the Petroleum Industry Act (PIA) which was expected to stimulate necessary investments in the industry, but that dream appears to be under threat as global financing organisations continue to withdraw funding for fossils in preference for renewable sources of energy.

In its latest report, Wood Mackenzie, a global energy, research and consultancy group, noted that though the oil and gas sector would continue its rally in 2022, the positive outlook was tempered by concerns about the future of the industry.

In its oil and gas outlook for 2022, Wood Mackenzie predicted that record cash flows would come under increasing scrutiny as operators would begin to align with their pledges on decarbonization.

It further projected that the existing cracks in the fragile service sector would widen and explorers will keep options open for the energy transition.

Through the Glasgow Financial Alliance for Net Zero (GFANZ), over $130 trillion of private capital have now been committed to net zero from over 450 firms across 45 countries.

In its progress report published recently, GFANZ had announced that financial sector commitments to net zero exceeded $130 trillion, a 25-fold increase in the last few years.

“Financing oil and gas was getting harder before COP26, but the pressure will ratchet up in 2022. Institutions with over US$130 trillion of capital under management have joined the Glasgow Financial Alliance for Net Zero.

“(As we) watch for the pool of backers to shrink, borrowing costs will increase, and project financing for oil will get harder,” the renowned research firm stated.

Despite the upsides for this year, Wood Mackenzie stated that for many stakeholders and even some CEOs, the sector’s risks outweigh the gains, stressing that “this tension will define 2022.”

As a follow-up from COP26, the research firm projected that more radical moves to downsize oil and gas will take place, but however noted that, “opportunists” could take up the slack and spend more on development and acquisitions.

It stressed that while lending would not dry up immediately, demand recovery could be halted by new global headwinds including additional Covid-19 variants, derailing prices and the promised wall of cash from upstream.

Stressing that oil and gas reinvestment rates remained critical to meeting demand, Wood Mackenzie made a forecast that with capital discipline prevailing, the industry could experience a 9 per cent increase in investment compared to last year.

“A nine per cent year-on-year increase will take spend over $400 billion again in 2022. Despite this, at 40 per cent, the global reinvestment rate will remain near record lows at our forecast price,” it pointed.

According to the firm, the focus would be on advantaged barrels, low-breakeven projects and low-carbon deepwater projects, which it noted will dominate greenfield Final Investment Decisions (FIDs).

It added that most operators would hesitate to sanction projects without short payback periods and low emissions, while companies would allocate more capital to upstream decarbonization.

The firm noted that while 2021 was a big year for upstream Carbon Capture and Storage (CCS), 2022 would be bigger as the world continues its push for cleaner sources of fuel.

It stated that conventional exploration would follow the disciplined path set in 2021, despite improved prices, forecasting that spend will total $20-$25 billion, led by the oil majors and larger National Oil Companies (NOCs).

“In 2022, more governments might join those with exploration bans. But they are unlikely to include basins holding substantial prospective resources. Of more concern is the possibility that the development of new discoveries may be prohibited,” Wood Mackenzie noted.

At a projected 1.86 million barrels daily oil production in the country’s 2021 budget, Nigeria recorded a huge deficit of almost 200 million barrels of the liquid in the first 11 months of last year.

Now unable to meet its Organization of Petroleum Exporting Countries (OPEC) production allocation for months and with just 12 out of the country’s 53 oil rigs currently active, the oil and gas sector desperately requires huge inflow of these investments to help accelerate the pumping of more oil.

Figures from the NURPC obtained by THISDAY last week indicated that while Nigeria was expected to pump approximately 635 million barrels of oil by November 2021, it only struggled to produce 441 million barrels for the entire period.

Although OPEC expects Nigeria to produce 1.683 million bpd in January 2022, meeting that target would be an uphill task as the country has maintained an average of 1.25 million barrels in the last few months.