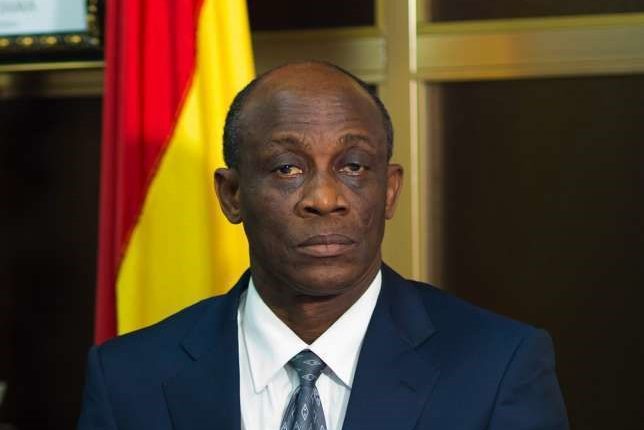 Finance Minister, Seth Terkper has debunked allegations that the outgoing government has depleted the Sinking Fund, stating that Ghana’s sinking fund, created for the payment of debts, has a balance of $300 million.

According to him, the fund is not depleted but has enough money to refinance maturing debts and bonds. Reacting to allegations that the outgoing government has depleted the Sinking Fund and the Stabilization Fund, Mr. Terkper told journalists that his government has build enough buffers to sustain the economy over a period of time.

“As I speak to you now, we have about 300 million dollars in the Sinking Fund. The first major achievement that we chalked with the Sinking Fund was to use the money that accumulated to buy-back US$133 million of the bond that was issued in 2007,” he said.

He stated that the outgoing Mahama administration did not use all the country’s resources for consumption only, but created buffers which can consolidate the economic stability achieved. “We have been building some buffers, that is the opposite of cleaning or emptying the coffers. If you live from hand-to mouth, you will hardly see it but if you have a mechanism for saving like we are doing through a Sinking Fund, backed by a debt service reserve and account, you will have buffers,” he argued.

Mr. Terkper explained that the debt management strategy of the government has proved productive. “The buffers we are creating are the stabilization fund, and I did mention that we have spent 250 million dollars. As we speak I believe there is about a 100 million dollars still in the stabilization fund. The sinking fund because we paid part of the ten year bond, it also has some funds.

We are building buffers through the stabilization fund, heritage fund, and through the sinking fund and debt service reserve account and others, in essence the country is not living from hand to mouth,” he stressed. He stated that contrary to accusations that the government has borrowed for consumption goods, the government rather built reserve to carter for the future. “The country is not using all of its resources for consumption only and this how you do not drain the coffers at any point in time, there must be structural way of doing it, unlike the way these things were done in the past,” he said.

Relocation of GNPC “not well thought through” – ACEP