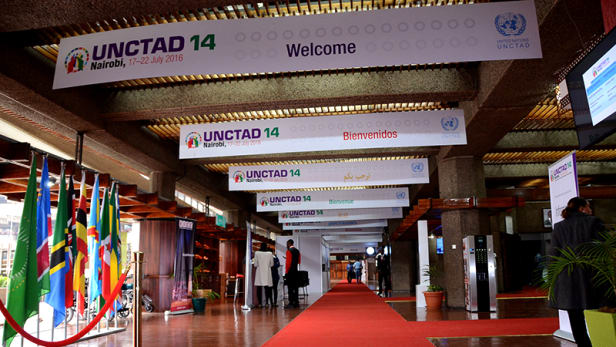 Geneva, 1 November 2016 – Artisanal and small-scale mining offers opportunities to generate jobs, reduce poverty, and provide livelihoods, but this sector has been largely ignored by policy-makers and donors, an UNCTAD official said. In addition, poor management of this sector contributes to serious health and environmental risks, said Yanchun Zhang from UNCTAD’s Special Unit on Commodities.

“Artisanal gold mining, which accounts for more than 10 percent of the global gold supply, releases an estimated 1,000 tons of toxic mercury per year,” she said at a three-day meeting on mining and the Sustainable Development Goals (SDGs) in Geneva from 24 to 28 October. Some 15 million gold miners, including 4.5 million women and 600,000 children, are exposed to mercury.

The 56-member IGF discusses practical issues relating to the sustainable management and development of the mining sector. Its overarching objective is to enhance capacity for governance at all stages of the mining life cycle.

Mining continues to play a key role in the economic growth of several resource-rich developing countries, but this growth has often failed to generate any meaningful benefits for the countries’ populations. Artisanal mining may offer opportunities in this respect.

“As a labour-intensive mining process widely conducted on an informal basis, artisanal and small-scale mining is known to generate jobs, reduce poverty, and provide livelihoods for millions of people,” Ms. Zhang said.

“To a large extent, artisanal and small-scale miners remain ignored and marginalized by policy makers, donors, and the general public,” she added.