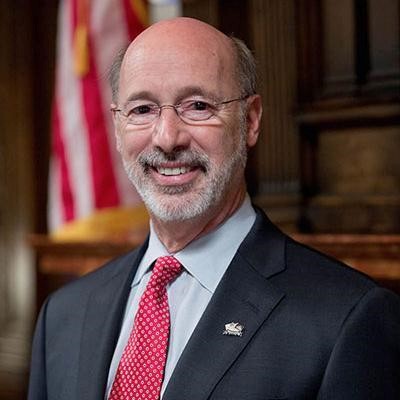 *Set to Boost Economic Fortune of the region

Governor of Pennsylvania, Tom Wolf, has commended Royal Dutch Shell for its decision to build their ethane cracker plant in the state, noting that the plant would not only help in creating jobs, but would also help make the state a leader in downstream production.

According to Wolf, in a statement released after the announcement by Shell, the success of the project is part of a much-needed, longer term plan to translate our abundant resources to make Pennsylvania a leader in downstream production, adding that the commitment of the

Shell cracker plant in Western Pennsylvania is an important step toward this goal.

Wolf stated that over the past four years, the Commonwealth of Pennsylvania has worked with Royal Dutch Shell to finalize plans to construct an ethane cracker plant in Western

Pennsylvania, and was notified a few days ago, that Shell has taken the final step to move ahead with this game-changing plant and create thousands of jobs in Pennsylvania.

He said, “The commonwealth began its efforts on this project in 2012, and I would like to thank former Governor Tom Corbett and his Secretary of Community and Economic Development C. Alan Walker for all of their efforts to bring the plant to Western Pennsylvania.

“Since first taking office, I have worked in close collaboration with my Secretary of Community and Economic Development Dennis Davin, the Pittsburgh Regional Alliance, local officials in Western Pennsylvania, and Royal Dutch Shell to make the proposed plant a reality.

“The commonwealth engaged the company with the goal of creating jobs, spurring economic development, and taking the next steps to connect the energy industry with long-term, sustainable economic growth.”

Wolf said his administration is committed to creating jobs in the energy industry through responsible, well-regulated extraction and long-term, creative industrial growth.

He said he and his team had worked to develop strategies for safe and responsible pipeline development that brings resources to markets and facilities and had prioritized the Shell plant to show the world that Pennsylvania is a leader in energy manufacturing and downstream production.

“This critical effort spanned four years, and two administrations, and today I want to congratulate all of those involved, including both Republican and Democratic officials, and thank Royal Dutch Shell for providing this unique and exciting economic development opportunity to the people of Western Pennsylvania,” he said.

In addition, the statement explained that the announcement that Shell Chemical will proceed with building a cracker plant in South western Pennsylvania is a game-changer – both for the region and the commonwealth as a whole, especially as it marks the first major U.S. project of its type outside the Gulf Coast Region, with projections of employment of up to 6,000 during peak construction periods and a commitment of 600 full-time positions in the future.

The statement noted that a key factor in securing this project was the many years of consistent and well-coordinated state-wide collaboration, adding that over the past four years, the Commonwealth of Pennsylvania worked with Shell to finalize plans to construct this facility.

“Beginning in 2012 with the last administration, this project was seamlessly transitioned to the Wolf Administration. Since first taking office, Governor Wolf has worked in close collaboration with the Secretary of Community and Economic Development Dennis Davin and the Governor’s Action Team, the Pittsburgh Regional Alliance, local officials in south western Pennsylvania to propel this project across the finish line,” the statement added.

The statement further explained that the project is estimated to have an estimated economic impact of $6 billion or the thousands of jobs that accompany a project of this magnitude, but it is also profound when placed in context of what this means for all of Pennsylvania’s industry sectors.

The new cracker plant in Beaver County, the statement maintained, will make plastics from gas extracted in Pennsylvania and help attract industries that use these natural gas by products for the goods they produce.

“This means that the facility will serve as the centrepiece in the region for the creation of new markets for polyethylene with added potential of attracting additional manufacturing investments that will lead to even more business attraction and job creation for generations to come,” it added.

‘At CORE PA, our top Mission is to Attract, Retain, and Grow business and industry in the 53-county region of Pennsylvania’- Noelle Long