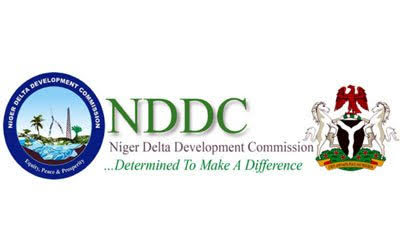 President of the Nigerian Senate, Ahmad Lawan explained that the investigation being carried out by the Senate into the finances of the Niger Delta Development Commission (NDDC) is to complement the ongoing forensic audit which was ordered by the federal government.

The Commission is a federal government agency established by former President Olusegun Obasanjo in the year 2000 with the sole mandate of developing the oil-rich Niger Delta region of Nigeria.

While inaugurating a seven-man ad-hoc committee on alleged financial recklessness in the NDDC last Tuesday, Lawan said, “We are in total support of the President’s directive for the forensic audit of the finances of the NDDC and this is, in some way, complementary to that directive.”

In another development, a group in the Niger Delta, Global Centre for Good Governance (GCGG), has called on the minister for Niger Delta, Senator Godswill Akpabio, and the leadership of the Interim Management Committee (IMC) of the Niger Delta Development Commission (NDDC) to cooperate, and stop blackmailing, the National Assembly for rising to their oversight function to probe alleged N40 billion illegal expenditure by the intervention agency.

At a press briefing in Port Harcourt, last weekend, Dr Chris Udoh, country director of GCGG, regretted that the exculpatory narrative of the IMC of NDDC had sadly been that “disgruntled elites who are uncomfortable with the forensic audit of the commission have mobilised resources to demonise them.” He said his group is alerting the nation on efforts by the minister to scuttle the intervention effort of the National Assembly.

He opined that since the outbreak of COVID-19, the Interim Management Committee of the NDDC has allegedly engaged in massive destruction of contract documents, displacement of files, alteration of payment schedules and persuasion of some of their collaborators to disappear from the scene during the pendency of the probe so as to frustrate any evidential value they may offer.

However, the Senate President said committee’s investigation would avail the management of the Commission an opportunity to defend the allegations against it. Lawan said, “We have no predetermined position on the outcome of this investigation as an institution. Issues raised are allegations, therefore the NDDC has the opportunity to come forward and defend its position.

“But we have a mindset and our mindset in the Senate is that we have to have a Niger Delta Development Commission that is effective and efficient in service delivery to the people of Niger Delta. This is the essence of setting up that Commission.

“So we want to see a situation where the very limited resources that are appropriated for the Niger Delta Development Commission are prudently and transparently deployed for the development of the Niger Delta region. This is our mindset and we will not shy away from our responsibility at anytime we feel a sense that that is not happening.”

Chairman of the ad-hoc committee, Senator Olubunmi Adetumbi assured the Senate leadership of the committee’s resolve to be open-minded. “It is not an exercise aimed at witch-hunting of any individual, groups or institutions, but rather to get at the root of the matter for the overall good of the nation,” he said.