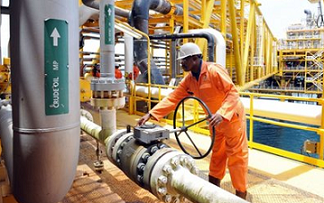 London, UK (PRWEB UK) 29 April 2015 — One of the main challenges that newly-elected President Buhari will have to face is the security of the oil sector. Oil production in Nigeria accounts for 70% of the economy but the natural resource is much less profitable than it once was because of widespread corruption and vandalism.  From the $600 billion USD in oil revenue that has flowed into the Government’s account since the country’s independence in 1960, an estimated $400 billion has been diverted, misspent or stolen.

On the other hand, security forces are not being given adequate resources to ensure the safety of oil and as infrastructure.  However, investors expect the recent Nigerian elections to be a turning point for the oil industry.  The 2nd West Africa Oil