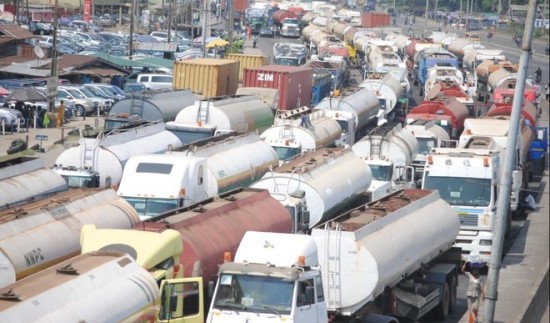 The former Minister of Interior, Captain Emmanuel Iheanacho has identified lack of investment in road infrastructure as a major factor responsible for the perennial gridlock in Apapa, Lagos. Iheanacho, a stakeholder in the industry is also a ship owner.

Speaking at a press briefing organised by the Maritime Reporters Association of Nigeria (MARAN) yesterday in Lagos, Iheanacho said that the Apapa gridlock is the direct consequence of the deficit in road infrastructure.

According to him, the available road infrastructure into the nation’s busiest seaport is not commensurate to the volume of cargoes going in and out of the seaports over the years.

The former minister noted the port area would be bound to experience the various it is presently faced with if the development of the road infrastructure and truck parks are static and would not cope with the present growth in international trade.

He said, “The problem we have on hand today has to do with the fact that we have not seen a lot of investment in infrastructure in developing

“The problem we have on hand today has to do with the fact that we have not seen a lot of investment in infrastructure in developing additional roads in redesigning the areas that are close to the ports.

Speaking further, the former Minister said the federal government’s effort at improving ease of doing business as well as the 24 hours cargo clearance at the port will remain unrealistic if proper traffic management is not put in place to save the situation he said has made the ports “chocked to death”.

To address the perennial gridlock in the port area, Iheanacho suggested construction of more rail lines, the demolition of building around the ports to create space for truck parks and access roads.

“It might be a good idea if we have people who are forward looking to look at the possibility of acquiring some of these places, knocking them down and developing additional infrastructure by way of truck parks, access roads and the problem we have now will certainly not be there.

“I think it is actually the port bound traffic that goes into and out of the port and a major problem is that the road system that exists is absolutely too small in relation to the volume of goods that is travelling back and forth from the port, Iheanacho said.