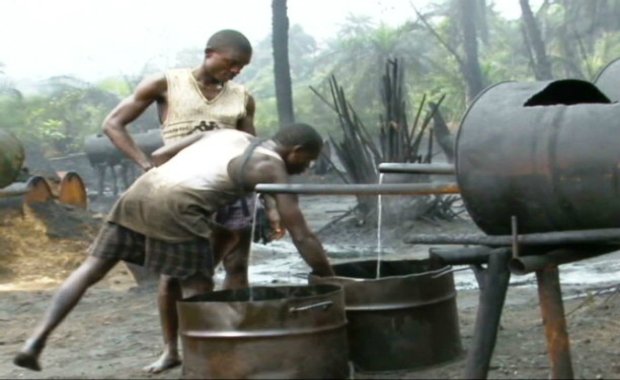 Pipeline vandalism rises by 91% in one month

The Nigerian National Petroleum Corporation, NNPC, Saturday, stated that cases of pipeline vandalism worsened in March 2017, rising by 91 per cent from 49 cases in February to 94 in March.

The NNPC in a statement by its Group General Manager, Group Public Affairs Division, Mr. Ndu Ughamadu, following the release of the March 2017 edition of its monthly Financial and Operations Report, stated that the rise in vandalism was despite Federal Government’s and the NNPC’s continuous engagement with stakeholders in the petroleum sector and in the Niger Delta.

He, however, stated that the March 2017 figure was a noticeable improvement compared to corresponding period of March 2016 which posted 259 cases.

In spite of the upsurge in vandalism, Ughamadu said the NNPC has in stock, a robust inland supply of over 1.2 billion litres of petrol sufficient for more than 34 days forward consumption.

On Automotive Gas Oil, AGO, and Aviation Turbine Kerosene, ATK, he noted that the NNPC continued to import to supplement AGO local refining, adding that the Central Bank of
Nigeria, CBN, had released foreign exchange to marketers to import AGO and ATK.

Ughamadu explained that the report highlighted that the inaugurated 497.2 km System 2B petroleum pipeline network which was achieved within the period under review had helped the NNPC to sustain the gale of uninterrupted supply and distribution of products throughout the country.

He said, “Only recently the NNPC Group Managing Director, Dr. Maikanti Baru, noted that the Corporation’s re-commissioned Mosimi and Kano depots had impacted positively on highways across the Country.

“Dr. Baru had stated that the two depots had relieved the impacts of long haulage of petroleum products on the roads, saving the nation of serious environmental consequences of bridging to motorists, settlements along highways and the general ecosystem in the country.”

Furthermore, he said efforts by the Federal Government to boost electric power generation in the country may soon yield the required dividend following the sustained increase in gas supply for power generation by the NNPC.

Quoting the report, Ughamadu said the average national daily gas production for the period stood at an impressive 226.918 billion cubic feet, bcf, which translates to over 7.319 million standard cubic feet of gas per day, mmscfd.

He added that the daily average national gas supply to gas power plants increased to 689mmscfd or the equivalent to power generation of 3056 MW.

“The March 2017 figure is an improvement on the previous month’s record which stood at 582 mmscfd. The supply is also over 29 percent higher than the corresponding supply record for March 2016,” he said.