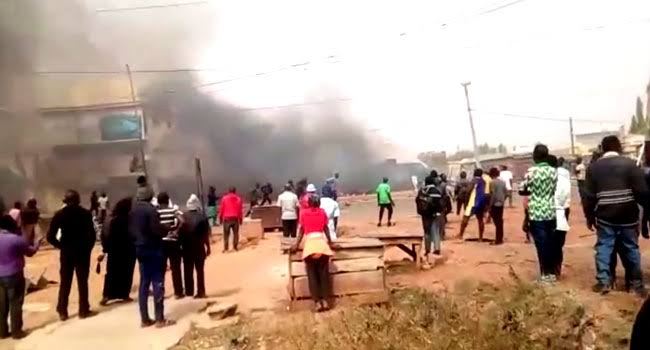 The Kaduna State Police Command has said that properties valued at over N16m were lost to the illegal gas plant explosion on Saturday in Sabon Tasha, Chikun Local Government Area of Kaduna State.

The Police Public Relations Officer, (PPRO) in the state, Yakubu Sabo said properties worth over ₦16 million were destroyed in the blast, adding that Kaduna State Police Command has released the names of victims of the explosion to include Prof. Simon Mallam, Wale Ajayi, Daniel Peter, Victor Asoegwu, and Micheal Ernest.

The police said: “Properties valued at N16,402,300  were burnt in the four shops affected by the fire. “The Commissioner of Police, Ali Aji Janga, has expressed his sincere condolences to the families of the victims and assured the public that the Command is still investigating the root cause of the incident and will ensure justice in accordance with the law.”