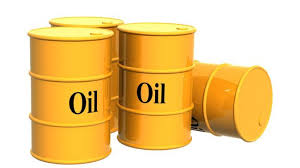 U.S. West Texas Intermediate crude futures were up 22 cents at $69.52 a barrel, after climbing more than 1 percent in the previous session.

Saudi Arabia, the world’s biggest oil exporter, said on Thursday that it was “temporarily halting” all oil shipments through the strategic Red Sea shipping lane of Bab al-Mandeb after an attack on two big oil tankers by Yemen’s Iran-aligned Houthi movement.

Saudi Energy Minister Khalid al-Falih said in a statement that the Houthis had attacked two Saudi Very Large Crude Carriers (VLCCs) in the Red Sea on Wednesday morning, one of which sustained minimal damage.

Most exports from the Gulf that transit the Suez Canal and the SUMED Pipeline also pass through Bab al-Mandeb strait.

An estimated 4.8 million barrels per day of crude oil and refined petroleum products flowed through this waterway in 2016 toward Europe, the United States and Asia, according to the U.S. Energy Information Administration.

Gender Pay Equality In Oil And Gas Requires A Rebalancing…

The Bab al-Mandeb strait, where the Red Sea meets the Gulf of Aden in the Arabian Sea, is only 20 km (12 miles) wide, making hundreds of ships potentially an easy target.

Prices were also supported by official data showing U.S. crude oil inventories last week tumbled more than expected to their lowest level since 2015 as exports jumped and stocks at the Cushing hub dropped.

Crude inventories fell 6.1 million barrels in the week to July 20, compared with analyst expectations for a decrease of 2.3 million barrels, the EIA said on Wednesday.

At 404.9 million barrels, inventories, not including the nation’s emergency petroleum reserve, were at their lowest level since February 2015.