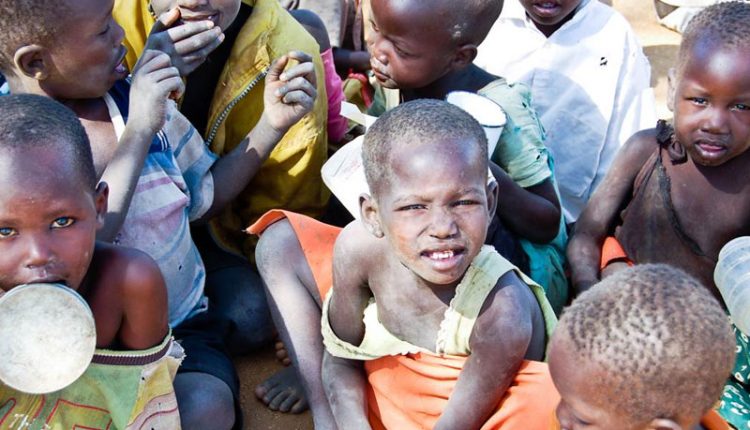 Oando Foundation (OF) in partnership with the United States Agency for International Development (USAID) Emergency Crisis Response (ECR) has commenced an initiative to transition 60,000 internally displaced out-of-school children in Northern Nigeria from informal to formal/mainstream education institutions by 2018.

The internally displaced children would be transitioned into 11 Oando Foundation adopted schools in Adamawa and Bauchi states. This endeavour resonates strongly with the 2016 International Day of the African Child themed: “Conflict and Crisis in Africa: Protecting all Children’s Rights.”

Nigeria currently has the largest number of out-of-school children in the world; 10.5 million (UNESCO EFA Report 2014 / 2015). This number has increased drastically with the displacements caused by the terrorist group, Boko Haram, in the North, putting a strain on an already weak education system. As at June 2015, research showed that children living in 19 of 42 Internally Displace Persons (IDP) camps, did not have access to any form of education.

The six-year insurgency in Northern Nigeria triggered a wave of displacements of over two million people across Adamawa, Borno, Bauchi, Gombe and Yobe States and has led to the destruction of over 10,000 schools, , and displacement of 19,000 teachers and over 800,000 children between the ages of 3 and 17, with no access to education.
As part of steps earmarked to kick start this initiative, Oando Foundation visited IDP camps in Bauchi and Adamawa States. In attendance were the Commissioner for Education, Adamawa State, Kaletapwa George Farauta, Executive Chairman, Adamawa State Universal Basic Education Board (SUBEB), Hassan Mohamed Gabdo Toungo and Executive Chairman, Bauchi (SUBEB), Professor Ibrahim Yero, among others.

During the visit education starter kits, aimed at easing children’s transition, reintegration, retention and ultimately their performance in mainstream schools were distributed to the IDP children.

The Foundation will facilitate the placement of these same children in 11 of its adopted schools in these states.
The schools have been supplied teaching and learning aids by Oando Foundation to improve the quality of teaching and ultimately increase learning outcomes for children.

Speaking on the transition initiative, Head, Oando Foundation, Adekanla Adegoke, said: “This is the first in a series of education interventions targeting internally displaced and out of school children in North Eastern Nigeria. Our call to action is clear: we need to bridge the widening educational gap and ensure that no child is denied the right to education. Through our Adopt a School Initiative, our target is to enroll 60,000 children in school across Nigeria over a three-year period, ensure reintegration of internally displaced children in formal education and improve learning outcomes. We are working with the government, interested partners and communities in select states.”

The USAID’s Emergency Crisis Response (ECR) provides access to informal and alternative education for children between the ages of 6 to 17 living in IDP camps.

According to Timothy Curtin, Deputy Director Education, USAID Education Crisis Response: “Our organisation seeks to work with both public and private sector actors to optimise its efforts to help displaced children and youth return to school. Oando Foundation’s mission to improve learning environments and vision of supporting a sustainable and successful educational system in Nigeria that educates and empowers children makes them a valuable actor supporting the education response to the crisis in northeastern Nigeria.”