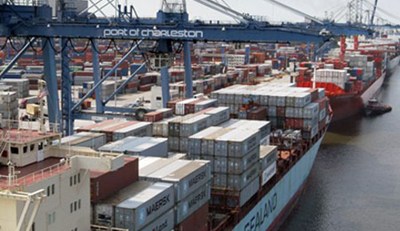 The Managing Director, Nigerian Ports Authority (NPA), Ms. Hadiza Bala Usman, has assured stakeholders in the maritime industry of the Authority’s commitment to addressing the various challenges that hinders smooth operations at the nation’s ports, especially on the attack of vessels berthed at Lagos Port Complex.

Stating that NPA has commenced strategies to arrest the attacks, Usman said that by the time some of the strategies were fully adopted, it would unravel those behind the attacks.

Represented but the NPA’s Executive Director, Marine and Operations, Mr. Sekonte Davis, during the Authority’s quarterly stakeholders meeting in Lagos, disclosed that more patrol boats would be purchased by the agency to enhance port waterfront patrols.

It was also gathered that one of the most attacked berths is the ENL terminal that handles bulk cargoes and fish.

The NPA boss advised the management of ENL terminal to look into their internal system, adding that there could be sabotage from within.

“ENL should look within its system and see if there is sabotage because the mode of these attacks suggests that there is an insider that gives out information to these criminals.

“ENL should also increase its operational vehicle patrols as this could help to detect and forestall attacks at the berths,” she said.

Speaking further, she said, “NPA has said that there are challenges and when these challenges are addressed, we will now have a better platform to point finger at people that we find culpable.

“Presently, we are not pointing fingers. We are discussing together, we are looking at the operations, and we are suspecting that there could be sabotage inside some of these terminals,” she added.

Usman explained that the NPA has also commenced discussions with the port Police Command with a view to strengthening waterfront security at the ports.

The Federal Government of Nigeria and the Tropical Wood Exporters Association of Nigeria, TWEAN, have commenced moves to stop the export of processed and semi-processed woods.

According to the TWEAN Secretary-General, Mr. Joseph Odiase, the decision to stop the export of the two categories of woods was initiated by the group and was supported by the Forestry Department of the Federal Ministry of Environment.

He disclosed that a three-year moratorium has been given to wood exporters to prepare for the eventual ban of the export of primary semi-processed wood from Nigeria.

Speaking further, Odiase explained that the idea behind the move to stop primary semi-processed wood export is to ensure more value-adding measures were added to these wood products before they are exported.

He further explained that the decision was taken by a Ministerial Committee on deforestation, afforestation and re-afforestation set up by the Ministry of Environment adding that the Committee decided on the matter in 2016.

According to Odiase, the ban when it comes into effect would have created more job opportunities in the wood industry.

“The policy was initiated by the TWEAN because we want to do business in line with sustainable environmental and economic policies of the government of the Republic of Nigeria.

He noted that wood exports have become revenue contributors and generators to the Government for its afforestation drive. This development he said is in addition to the direct contribution of members of TWEAN/PROPMAN for tree planting across the federation.

“TWEAN has asked the government to allow for a three-year moratorium to let exporters key into the initiative by way of bringing in more wood processing equipment and machinery for wood industry, enhance the confidence of foreign investors and promote the transfer of technology.

He also disclosed that the department of forestry of the ministry of environment has introduced a quota system thereby checking the volume of exports and controlling the activities of exporters. Adding that more wood factories have been set up across the country and that it is only fully processed and fully finished wood products will be allowed for export from the beginning of the year 2020.

Confirming the development, Mr. Audu Ochuma, a Deputy Comptroller of Customs in charge of export at the Tin-Can Island Port in Lagos also disclosed that the agency had received a directive to stop the exportation of primary semi-processed woods early 2020