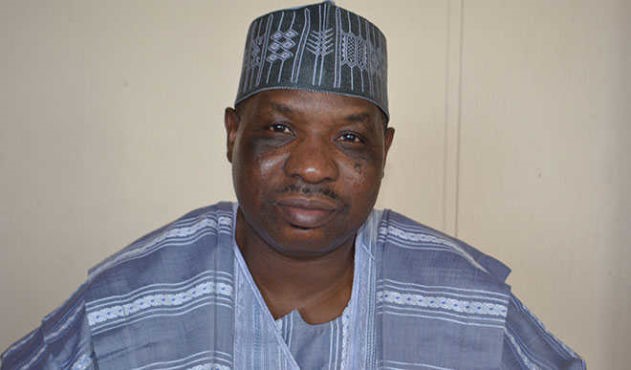 Mallam Habib Abdullahi, the Managing Director of Nigerian Ports Authority (NPA), has declared the nation’s port concession exercise executed in 2006 by the Federal Government and private terminal operators, otherwise known as concessionaires, as a huge success.

He also said that Nigerian ports are highly competitive, describing those who prefer to import through neighbouring Cotonou port as “smugglers” who are trying to evade government’s  import policy or short-change the nation of its legitimate revenues.

He said, “Those who are importing through Cotonou are simply smuggling. It is ridiculous. People are complaining that this port is congested which means there is a lot of business. And at the same time, there are other factors that work against bringing in goods through the country. “The economy itself encourages smuggling. People smuggle because of some of the economic policies. Some people say that the port is expensive but compare it with other places in the world. People do not even know how much it costs to import. But people are just peddling rumours that it is cheaper to import through Cotonou ports.

“But it is actually because it is cheaper to smuggle goods through the Cotonou ports as they dodge the fee they are supposed to pay. So the issue is not necessarily what people think. Our port is relatively competitive and if you ask the terminal operators, a lot of people are making money; otherwise there would not be so many applications for people wanting to set up the seaports in Nigeria. So it is not because the other ports are cheaper, but smuggling is going on but I think with the seriousness of Customs now, all that will change very soon.”

Abdullahi said port concession has affected NPA revenue positively, over the past ten years. “The port operation has become more efficient and we are assigned to take our own kind of responsibilities. The volume has increased; the concessionaires themselves now have to go out to look for market, which increase the volume of business.

“If you compare all that to our annual report, for instance at 7 and 6 percent or 7 and 5 percent, and what we have earned between 7 and 15 percent, the difference is clear. I have said it everywhere that when people say that the concession is not working, it is not a success; I disagree with them. The port concession is a success and I think there are challenges which I believe could be much better,” he stated.

He said current Central Bank of Nigeria (CBN) foreign exchange policy, which restricts access to forex by importers of some select 41 items, has affected volumes handled at the port.

Abdullahi said, “The maritime sector is dependent on import and export of goods. So definitely, there is less business now in the ports. Less business means less revenue for us. That in itself is a very big challenge.”