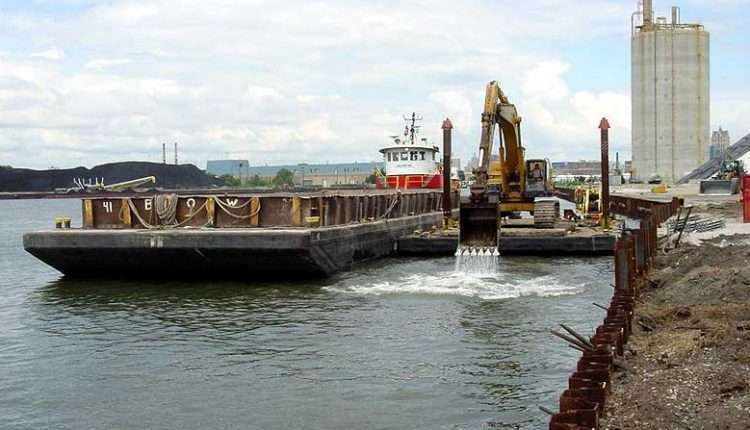 To ward off maritime criminals from the West African sub-region, the Nigerian government has called for a more robust engagement among navies in the region. According to the government, eliminating the criminals would bolster the economies of affected country by checkmating the billions of dollars being frittered away by these criminal elements.

The government’s position was made know by Permanent Secretary, Ministry of Defence, Alhaji Ismaila Aliyu. He said this at the opening of a two-day 2nd Offshore Patrol Vessels (OPV) Africa Conference 2015 organised by the International Quality and Productivity Centre (IQPC) and the Nigerian Navy in Lagos.

Alhaji Aliyu also said that the increasing spate of maritime insecurity in the Gulf of Guinea had led to the loss of billions of dollars in revenue to the economy.

The two-day conference has the theme: ‘Facilitating Cooperation across Africa and Focusing on Naval Systems and Coastal Surveillance to Enhance Maritime Security.’ Aliyu said that maritime security was not only essential to maintaining the flow of revenue, but also impacted greatly on the region’s economic development.

He said that maritime resources, such as fish, aquaculture and an intact ecosystem, directly contributed to the livelihood of many Africans. Said he, “There is the need to increase domestic efforts in addressing the challenges by resurrecting the Gulf of Guinea security protocol.”Also, it is extremely important that Gulf of Guinea countries and their allies collaborate to police the sea lanes as it will go a long way in addressing the maritime security issues,” he said.

Also at the event, Governor Akinwunmi Ambode of Lagos State said that his administration was ready to support the Nigerian Navy to end the activities of pirates and oil thieves in the African maritime domain.

The governor, who was represented by his deputy, Dr. Oluranti Adebule, said the maritime sub-sector was key to any economy as it was the main means for transporting goods and services internationally.

He added that many cities relied on their ports as major sources of revenue. According to the governor, “Concerted efforts are needed by the West African Sub-region to find sustainable and enduring solutions to the various challenges in the African Maritime domain.”As a country with the largest economy in Africa, leading and launching proactive measures to put a stop to these criminal activities are germane to our socio-economic growth.”There is no country that can thrive and experience a sound growth in the face of security challenges.

”We are aware of the strategic role Lagos State plays in harbouring the largest port and maritime in West Africa Sub-region and as a government; we are ready to offer all the necessary support,” Ambode said.

In his address, Chief of the Naval Staff, Vice Admiral Ibok-Ete Ibas, said that Africa’s Maritime domain had been persistently challenged by myriad of threats that mitigated safe and secured maritime activities. Ibas cited some of the threats as piracy, sea robbery, drug and human trafficking, pipeline vandalism, crude oil theft, as well as illegal, unreported and unregulated fishing. He said that they also included proliferation of small arms and light weapons, terrorism and environmental degradation

“These threats constitute serious challenges with adverse consequences on collective maritime governance and economic wellbeing of nation states, particularly in Africa. As discomforting as these threats are, they are not insurmountable, hence the clarion call for the enthronement of constructive, proactive, sustainable and holistic maritime security architecture,” he said.

Over 5,000 Vessels Berth At Nigerian Ports In Q1