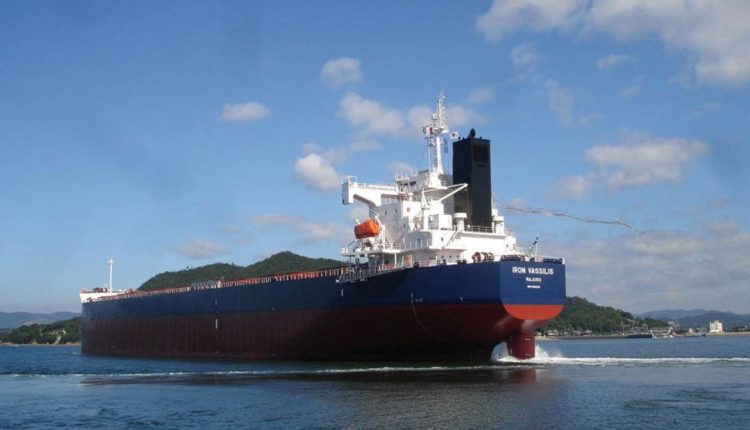 The Federal Government has reiterated its commitment to the development of the maritime industry.

Idris Umar, the Minister of Transport, while speaking at the 12th Intermodal Africa Exhibition and Conference held in Lagos, said that the present administration remains committed to strengthening the nation’s maritime industry even as it aims to ensure that the nation’s intermodal transport system becomes one of the best in the world.

“Maritime Sector remains a key sector of the economy, whose enormous potential deserves continuous harnessing in order to meet the expectation of government and the citizenry. Over the last two years, Nigeria has been carrying out a number of reform measures aimed at enhancing the operational efficiency in the various ports.

Umar said that the 24 hours operation achieved in the Lagos Ports where more than 60 percent of port activities take place is clear evidence that the government is set to improve the maritime sector and make it the best in the country.

According to him, for the long term, the Federal Government is making concerted efforts towards ensuring the development of Deep Sea Ports in the country. This is the ultimate solution to the current port congestion as the cargo handling are presently beyond their designed capacities.

The desire to improve the maritime sector led to the approval of the development of the Lekki deep seaport in Lagos to handle bigger vessels, and also create employment.

“The Port is to be developed under Public Private Partnership, (PPP) initiative. Other proposed deep seaports are Ibaka deep seaport in Akwa Ibom State; Badagary deep seaport in Lagos; Olokola deep seaport in Ogun and Ondo States; Ogidigbe, near Escravos in Delta State which is expected to be the hub for gas revolution initiative of the federal government and Agge deep seaoort in Bayelsa State. The process for the realisation of these ports is at various stages,” he said.

Umar also said that government remains committed to the resuscitation of the Calabar port access channel. “As you are aware, government had earlier approved the establishment of Calabar Channel Management Company, a joint venture between the Nigerian Ports Authority and Messrs. Niger Global Limited in order to guarantee the sustainability of the Calabar Channel.

This Joint Venture arrangement is similar to the ongoing Lagos and Bonny Channel Management Companies that are effectively maintaining and managing the channels,” he said.

The Transport Minister assured participants of the conference government’s focus on providing enabling environment for massive private sector investments in deepening and developing the maritime sector.

The conference which witnessed the participation from 22 countries spread across four continents aims at improving intermodal and cross border logistics across Africa.

Mallam Habibu Abdullahi, the managing director of NPA, while speaking at the event, urged local investors to use the forum to strategise and network. The intermodal conference, according to him, is holding in Nigeria for the first time.

Abdullahi said Nigeria’s port concession exercise carried out in 2006 has been hugely successful, boosting operation and development of the nation’s seaports.