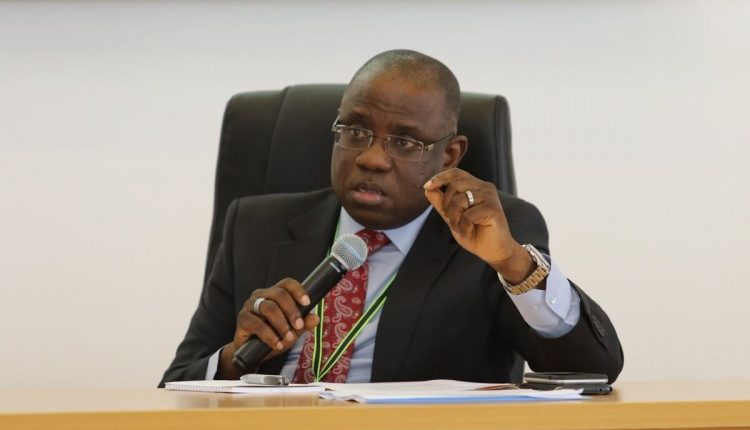 Nigerian Content is a Veritable Tool for National Development – Ojulari

The Managing Director of Shell Nigeria Exploration and Production Company (SNEPCo), Mr. Bayo Ojulari has described the local content law in Nigeria’s oil and gas industry as a veritable tool for national development.

In his presentation on “Service company – Operator Collaboration Models; Drawing on experience from other providences,” at the recent maiden edition of the West African International Petroleum Exhibition and Conference (WAIPEC) held in Lagos, Ojulari noted that even in the developed world, the concept of “country first” is becoming increasingly popular.

Ojulari, who called on services providers to collaborate in order to survive the current low oil price regime, added that in other countries such as Brazil, companies have leveraged on each other’s capability to deliver Floating Production Storage Offshore (FPSO) vessels “at half the price and half the time.” Ojulari revealed that Brazil currently has 43 FPSOs, while seven are under construction.

He however, listed six conditions that would make local content to work in Nigeria’s oil and gas industry.
One of the conditions, he pointed out, is stability of government policies. According to him, the stability of government policies is critical to the survival of local content, adding that the Nigerian Content Development and Monitoring Board (NCDMB) should cease to be a policeman and assume the role of an enabler.

To ensure the survival of local content, Ojulari advocated a consistent commitment to local capacity development, as well as effective collaboration in goods and services and the supply business.

In his remarks, the Managing Director of National Engineering and Technical Company (NETCO), a subsidiary of NNPC, Mr. Siky Aliyu, who represented the Group Managing Director of NNPC, Dr. Maikanti Baru said it was “ imperative that local companies rendering services in this larger segment need to emulate the Engineering companies by coming together to position themselves for effective competition with international companies who currently have a competitive advantage in this current low price regime.”

Earlier, the Chairman of Petroleum Technology Association of Nigeria (PETAN), Mr. Bank Anthony Okoroafor, said the mission of WAIPEC is aimed at promoting the region’s oil and gas industry, while seeking the industry best practise, explore new technologies and develop commercial opportunities for business and international investment. Okoroafor stated that the inaugural event, which is commissioned by PETAN is focused at serving the industry as an integrated platform for business organised by the industry.