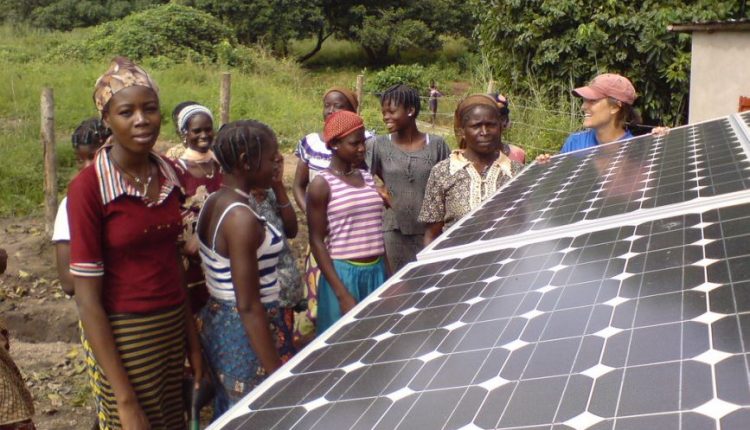 Nigeria has been cautioned of the danger inherent in its urge for Renewable Energy as alternative source of power generation in the country. This call came through the annual Fellowship Program of the Nigerian Electricity Regulatory Commission in Abuja, a program designed for an inclusive fact finding studies that will enhance improved electricity regulation for the Power sector.

The annual fellowship programme, organized by the Commission to herald the 2013/2014 event as handed down by the Fellowship Task Team of NERC, was anchored by notable academicians; Prof. J.O Ojo, from Centre for Energy System Research, Tennessee Technical University USA; Dr. Abdullateef Usman, of the Department of Economics, University of Ilorin and Dr. Labaran Mohammed Lawal of the Aberdeen Business School, UK.

The enquiry is targeted at identifying vitiating elements frustrating stable and sustainable electricity in the country, as well as proffering elixir to crisis in the private-driven power sector.

Prof. Ojo on the study titled: “PV and Wind Turbine System Interfaced with the Nigerian Distribution Networks” was quick to caution Nigerians and the government on the much touted Renewable Energy as the alternative source of electricity generation in the country.

The American sojourn who described renewable energy as a highly sophisticated technology, hinged his argument on cost implications and the lack of expertise to handle maintenance of such equipments in Nigeria.

“I read Nigerian Newspapers every day. What I see is that there is a misconception in the country that Renewable Energy system will solve our problems, it may not be as we think. I think we need to understand that there are business men in the country who want to make business out of it, some are canvassing for Solar power and so on simply because we have suffered a lot. We need to groom new expertise in this area that could stand the technical challenges the Renewable technologies might portend.”

“Even our universities don’t have expertise, our government need to brace up our higher institutions to focus on issue of Renewable energy system and energy conservation. If there is a way the Commission can help in that direction, it would be the best thing to do. Above all, emphasis should be placed on building the base-line, even though we have to balance the mix in the long run” He posited.

On his part, Dr. Abdullateef Usman, whose research work anchor on “Baseline Survey of Electricity Consumers Satisfaction in Nigeria” which was carried out along with Government and Consumers Affairs Department of NERC, reminisced on certain barriers that separated electricity provider of old, the PHCN and the consumers. He admonished NERC on the intricacies of developing a comprehensive information management policy that will help bridge communication gap between service providers and the customers.

The academician though cited the current infrastructure as having a big challenge to NERC, but lauded the exchange of Power sector from PHCN to private owners as a panacea that allows for a competitive analysis of operations among the distribution companies. In his words:

“You will recall that this study came at the time that both the government and end users yearns for an improved cadre in the provision of electricity in Nigeria, with a view to determine levels of customers satisfaction index for all categories of users and their safety.”

“Good enough, the unbundling of the PHCN into distribution companies now provides avenues for competitive analysis whereby we can now understand which DISCO is doing what and not. Though the manner of electricity infrastructure in Nigeria does not give room for the kind of competition we expect in the industry, this is because the DISCOs are regionalized and where no two DISCOs can be found in a particular region, it becomes difficult for consumers to switch from one DISCO to another in search of better service delivery, and this is a challenge to the regulation. On that note as the regulatory industry, we must be ahead of the service providers anytime, anywhere”. He said.

Highlighting the recommendation of the research he claimed was duly conducted with the use of modern techniques, Prof. Abdullateef emphasized public outcry on Meter related issues; he disclosed that the perception of electricity consumers as gathered across the country were that consumers are interested in Pre-paid Meters. He therefore suggested that the Meters should be provided by service providers free of charge in order to guide against any maintenance related cost by end users.

He also called on NERC to be more stringent in its Consumer satisfaction sanctions against service providers, especially in areas such as frustrating services, equipment handling as well as intimating electricity users before Power outages.

In achieving this, Usman among other recommendations noted that adequate usage of the media, including modern technology such as Social Media which are inevitable tools sacrosanct to both the regulator and distribution companies in carrying the general public along.

Describing these findings as an eye opener, the NERC Chairman, Dr. Sam Amadi assured that no part of the recommendations, especially the benchmarking of consumers as proposed by Prof. Abdullateef would be ignored. Amadi admitted that the welfare of electricity users has been the focal point of the Commission, he pledged to take into cognizance the implementation of Abdullateef’s recommendations as he corroborated Prof. Ojo’s view, that the nation indeed need to thread with caution on the kinds of technologies to be allowed into the country, while in search of alternative source of energy.

Meanwhile, it was pomp and pageantry at the twilight of the 2013/2014 event, as the Commission honoured the two academicians with the ‘Fellow’ of the Nigerian Electricity Regulatory Commission’s certificate and award.

The Commission thereafter vowed to embrace more professionals in view of an inclusive and better electricity regulation for the country.

The NGA Under My Leadership Will Create The Platform to Invest In Capacity Building, Planning And Creating A Robust Utilization Market For gas In Nigeria – Osunsanya