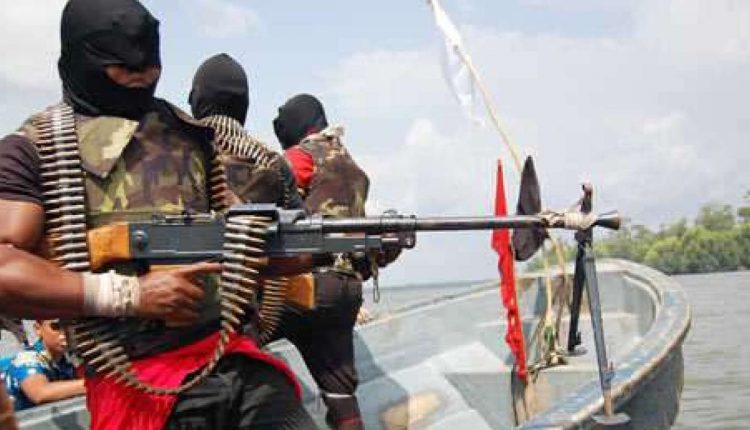 A Nigerian militant group, the Niger Delta Avengers which has been attacking oil facilities might agree to a ceasefire to allow the government time to meet its demands, a community leader involved in peace efforts said.

Two oil ministry officials have said that the government had agreed to a truce with the militants, although the group has denied that.

The militants say they want a greater share of Nigeria’s oil wealth to go to the impoverished Delta region. Crude sales make up about 70 percent of Nigeria’s national income and most of that oil comes from the southern swampland.

“The Avengers might be giving the federal government some time to do something about the demands,” said Godspower Gbenekema, who said he met oil minister Emmanuel Ibe Kachikwu last week to find ways to end attacks on oil facilities.

OPEC member Nigeria was Africa’s top oil producer until the spate of attacks pushed it behind Angola. Production has fallen from 2.2 million barrels at the start of the year to around 1.6 million barrels, helping push up global oil prices.

Kachikwu travelled to the Delta last week to meet community leaders who oil sources say pass on messages to the militants who have not engaged in direct talks.

“Nobody represented the Avengers in that meeting,” Gbenekema said. “We used that opportunity to relay to the minister the problems of the Niger Delta such as lack of development and neglect.”

“The issue of a truce or not depends on the seriousness of the federal government to address the issues at stake,” he said, citing poverty and jobs as examples. No follow-up up meeting had been agreed, he added.
Among the factors standing in the way of a ceasefire is that militants are divided into small groups and leaders have little sway over unemployed youths willing to work for anyone who pays them.

The Ijaw People’s Development Initiative (IPDI), a group which represents the region’s largest ethnic group, said the government will fail to end attacks through talks because it was not interested in “genuine negotiation”.

The government “is not interested in addressing core demands of Niger Delta but rather looking for shortcuts to induce militants to abandon the core issues that brought frequent bombing of oil facilities”, said IPDI president Austin Ozobo.

Earlier this month, the government said it would scale down its military campaign in the Delta as part of an attempt to pursue talks with militants, who previously laid down arms in 2009 in exchange for cash benefits under a government amnesty.

The government angered former militants when it cut by two-thirds the budget allocated for the amnesty program which provided stipends and employment training.