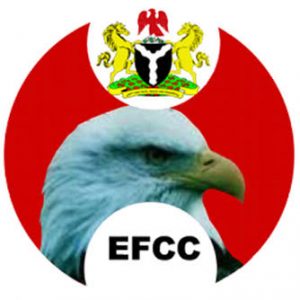 diversion of funds to the tune of N800million.The case was triggered by the unraveling of the $115million allegedly diverted by former Minister of Petroleum Resources, Diezani Alison Madueke, and shared to politicians and lection officials in the 36 States of the federation to influence the result of the 2015 presidential election.

Specifically, Kaduna State benefitted over N800million in two installments of N700million and N190million. The money was received by the Nuhu Somo Waya, Abubakar Gaya Haruna and Hamza Ishaq on behalf of the State for onward delivery to INEC staff spread across the 23 Local Government Areas of the State.

Count one of the charge reads: “That you, Mukhtar Ramalan Yero (whilst being the Executive Governor of Kaduna State ), Nuhu Somo Wya (whilst being a former Minister of the Federal Republic of Nigeria), Ishaq Hamza (whilst being the Secretary to the Kaduna State Government), and Abubakar Gaya Haruna (whilst being the Chairman PDP Kaduna State Chapter), sometime in 2015 in Kaduna within the jurisdiction of this Honourable Court (Federal High Court) did conspire amongst yourselves to commit a crime to wit: indirectly taking possession of the of N700, 000, 000 (seven hundred million Naira) which you ought to have known forms part of unlawful activity to wit: bribery and thereby committed an offence contrary to Section 18(a) of the Money Laundering (Prohibition) Act 2011 (as amended) in 2012 and punishable under Section 15(3) of the Same Act”.

The defendants pleaded not guilty to the charge.

Upon their pleas, counsel to the EFCC, Joshua Saidi, prayed the court to fix a date for commencement of trial, while remanding the accused persons in prison custody.

On the other hand, Yunus Ustaz Usman, SAN, representing the defendants, through an oral application, urged the court to admit the defendants to bail, but was refused.

The court ruled that formal applications for bail of the accused must be filed.

Justice Shuaibu, while adjourning the case to June 6, 2018 for hearing of the bail application ordered that the accused persons be remanded in prison custody.

In a related development, the Commission also arraigned one Abdulrasheed Baba Ahmed before Justice Shuaibu on a 2-count charge of money laundering and retention of proceeds of alleged criminal activity to the tune of One Hundred and Ninety Million, Four Hundred and Forty Four thousand Naira.

The defendant who was Director, Finance and Administration, Ministry of Justice, Kaduna State, is alleged to have in March 2015, collected the said sum, part of the funds released by a Diezani Allison-Madueke, a former petroleum resources minister to influence the outcome of the 2015 election, from the Ali Akilu Road branch of a new generation bank. The money was purported meant to compromise staff of the Independent National Electoral Commission, INEC, and Corps members on election duties. But the accused person could not provide any evidence regarding how the money was disbursed.

One of the counts read, “that you Raheed Baba Ahmed, the former Director of Finance, Ministry of Justice, Kaduna Division of this Honourable Court did directly take possession of the aggregate sum of N 190,444,000.00 ( one hundred and ninety million, four hundred and forty four thousand Naira) which sum you reasonably ought to have known forms part of proceeds of unlawful activity to wit: bribery, and you thereby committed an offence contrary to Section 15(2) of the Money Laundering ( Prohibition) Act , 2012 (as ammended) and punishable under Section 15(3) of the same Act”.

He however pleaded not guilty to the charges.

Justice Shuaibu refused an oral application for bail of the accused insisting that formal application be filed before the Court. The accused was remanded in prison custody and the case adjourned to June 6, 2018 for hearing of bail application.