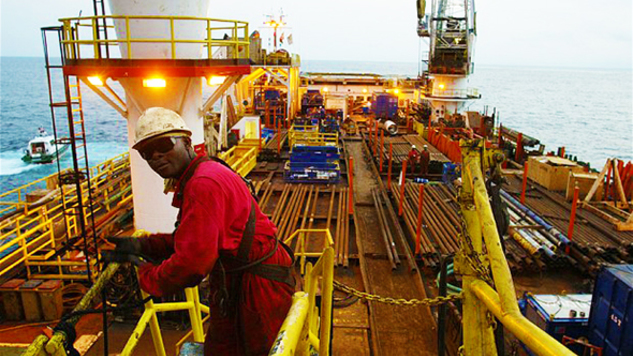 The Executive Secretary of the Nigerian Content Development and Monitoring Board, NCDMB, Mr. Simbi Wabote, recently spoke with Femi Asu of Punch, during which he said the implementation of the local content law in the oil and gas industry has made many Nigerians owners of oil blocks and licences.

Following the decline in crude oil prices from a peak of $115 per barrel in 2014, local service providers have been hard hit. Are you not worried that some international oil companies are still asking for discounts?

If you recall, most of the jobs that were tendered were done when the price of oil was about $100 per barrel. Once oil price is up, the costs of services also go up. But when oil price is down, they also try to ask that the service providers reduce their costs. It doesn’t translate to poor work quality.
Also Read

Jan 27, 2022
In as much as the IOCs look at various ways to undertake their activities because of the low price, service companies also look at various ways to reduce their costs. It is a natural thing. The man who is paying cannot pay more than what he earns; so it has to be vice-versa.
I think that is why they are asking for that cost reduction. It is not out of place; it is what is done globally and the request to renegotiate some contracts is still going on in so many parts of the world because of the fall in oil price.
A major hurdle facing oil and gas projects in the country is the long contracting cycle time in the industry; does the NCDMB have any strategy to address this?
Related Posts

Women In Energy Oil And Gas Holds Public Lecture In…

Contracting cycle time is of great concern not just to operators but also to the NCDMB and I am sure, some of our sister regulatory agencies because it increases the cost of doing business and it delays investment decisions. I think the Minister of State for Petroleum, Dr. Ibe Kachikwu, charged all agencies involved in the oil and gas sector to ensure that they reduce the contracting cycle time as much as possible. In fact, he gave a benchmark of six months as his acceptable turnaround time for contracts.

All the agencies have been actively working to come out with strategies with which they will reduce the contracting cycle time. One of the strategies that the NCDMB will adopt is to give a timeline with which if what is required of us is not received by the operators or project promoters within 15 days, they should consider the item approved.

It is a bold step and all my colleagues within the board are aware of this and are working conscientiously to make sure that the turnaround time is drastically reduced on those items that are within our control. We are working in collaboration with other agencies to understand the challenges.

On the other hand, we also challenge the project promoters and operators to keep their house in order because we have seen that the bulk of the delay is on their own part. For instance, when I took over office, I received a letter from an operator asking for a review six months after the NCDMB had approved a particular project. I am sure that once the operator gets that approval, the story might not be put there in the public domain that it is their fault. They will push it to the NCDMB.
Industry stakeholders have often complained about the near-dormant state of the Nigerian Content Fund; what is the NCDMB doing to grow this fund and increase access to it?
When you look at the Nigerian Content Fund that they started contributing since 2010 when the Nigerian Oil and Gas Industry Content Development Act was enacted, I must say that the fund has grown over the years to about $600m.
As far as I am aware, this fund has benefitted about six Nigerian companies that have tapped into it for capacity development. But I must say that it is not directly giving money to those six Nigerian contractors; it is about guaranteeing some of the loans that they got from the banks because we are not a funding institution. We guarantee the loans they got from the banks.
Not much has been expended from that fund for capacity development. Part of the strategies of this new board is to come out with very transparent process through which genuine Nigerian contractors involved in the oil and gas sector will have access to that fund.