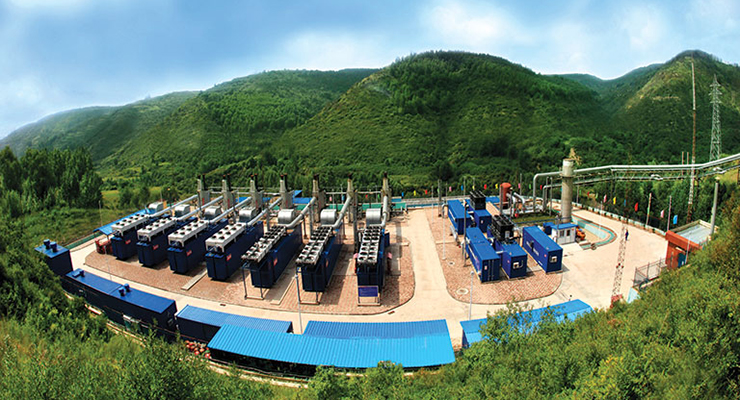 ABIDJAN, Ivory Coast, April 20, 2016/ — Ivoirian Minister of Petroleum and Energy, Adama Toungara welcomed British Minister for Africa, James Duddridge to the Aggreko power generation facility (www.Africa.Aggreko.com) in the Vridi area of the Ivorian capital, recently. Minister Duddridge was in Abidjan to meet government ministers and business leaders to foster closer economic and trade links between the two countries and met with Minister Toungara on April 7th.

The 200 MW gas-powered facility plays an important role in supporting the local grid, helping to keep essential infrastructure and services running, while also ensuring power supplies to business and domestic users. The facility has been operating since 2010 when the first 70 MW was installed. This was increased to 100 MW in 2011 and expanded to its current capacity of 200 MW in 2013.

Minister Toungara said: “The 200 MW of electricity generated at this facility is important, both for Ivory Coast, and our neighbours. This capacity is helping to build a stable and sustainable energy supply for the continued economic development of the region. We value Aggreko’s partnership and count on their continued support in the coming years as we work to increase generation capability.”

“Aggreko’s power plant in Abidjan is a great example of a British company successfully exporting innovation and its unique capabilities to Africa,” commented Minister Duddridge. “I’ve been deeply impressed by the operations at the facility, seeing first-hand the benefits the project brings in terms of helping drive wider economic growth through robust power supplies and the training of West Africa’s next generation of energy  sector professionals.”

The visiting dignitaries toured the plant with Christophe Jacquin, Aggreko’s Managing Director, Africa Project Sales. Mr Jacquin said: “The Ivorian electricity grid is recognised as best in class in Africa and we are proud of our contribution through our partnership with the Government and the national utility, CI Energies. As Ivory Coast looks to increase its installed generation capacity to 4000 MW by 2020, Aggreko stands ready to support the realisation of this ambition that will see Ivory Coast develop its position as the energy hub of West Africa.”

With more than 2 GW currently installed across more than 30 African countries, Aggreko is the largest supplier of modular power services to the continent. Aggreko first entered the African market in 1995 and has since established a presence across the continent with service centres in Lagos, Luanda, Johannesburg, Port Elizabeth, Cape Town, Durban, Walvis Bay, Nairobi and Dar es Salaam, supported by regional hubs in Dubai and Paris. Across its African operations Aggreko employs more than 700 people, more than 90% of which are African nationals.

Domestication of Pigging Manufacturing is affirmation of Nigerian Content benefits