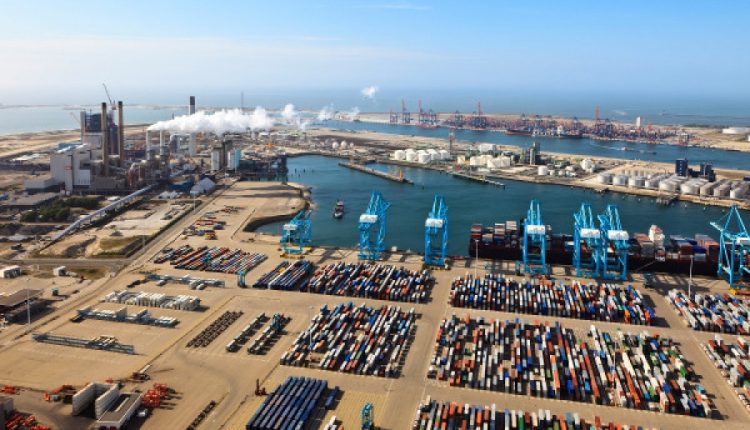 The Maersk Group has reported a “very satisfactory” $1.6bn profit for the quarter, despite a 10 percent drop in revenues.

The results include $223m gain on the sale of shares in Danske Bank, with 85 percent ordered by AP Moller Holding, and 7 percent by other shareholders.

As the oil price dropped, Maersk Oil’s profit fell from $346m in Q1 2014 to $208m in the first quarter of this year, and cash flow fell to $105m from $734m in Q1 2014. Lower price expectations for oil are informing cost-benefit analyses for the unit’s future exploration activities.

Profit at APM Terminals was $190m, down from $215m in the same period last year. Currencies weakening against the US dollar affected results, with oil-dependent markets also returning lower revenues as the oil price slumped.

Maersk Line reached a record result for the first quarter, with a $714m profit.

“In a quarter impacted both by low oil prices and low economic growth, the underlying profit increased by 18% to USD 1.3bn, mainly driven by Maersk Line, Maersk Drilling and APM Shipping Services,” commented group CEO Nils Andersen. “All businesses affected by low oil prices launched cost initiatives to safeguard long term profits and competitiveness. Based on the performance in Q1, the Group now expects an underlying result of around USD 4bn for 2015.”

A.P. Moeller-Maersk A/S, owner of the world’s largest shipping container line, is seeking to win contracts to build and upgrade ports in Nigeria and Kenya as the Danish company expands its African operations.

Maersk is awaiting a final sign-off on a contract to help build a new port in Badagry in Nigeria’s southern Lagos state, according to Lars Reno Jakobsen, the company’s senior vice president for Africa.

“That project, once its been finalized could be more than $2 billion in terms of investment,” he said in an interview at the World Economic Forum in Cape Town recently. “Hopefully we can start some time this year. It will provide capacity, not only for containers, but also for oil, break-bulk and offshore.”

Maersk employs almost 10,000 people in more than 40 African nations and generates about 10 percent of its sales in and around the continent. Besides its shipping business, the Copenhagen-based company supplies oil- and gas-related services. The company’s APM Terminals unit operates 10 West African ports.

“We are actively looking in East Africa for opportunities,” Jakobsen said. “There is an ongoing tender process for the port of Mombasa, where APM Terminals has shown interest” in building two new berths in the Kenyan city.

Maersk is also working on a $1 billion expansion to Ghana’s Tema port in collaboration with the West African nation’s ports authority. The project includes the construction of four new berths and will more than quadruple the port’s capacity.

In 2013, Maersk partnered with Bollore SA and Bouygues SA to win a 450 million-euro ($500 million) contract to build a second container terminal in Abidjan, Ivory Coast’s commercial capital. The terminal should start operating next year as planned, Jakobsen said.

Maersk sales from Africa have been growing 5 percent to 6 percent a year, tracking the continent’s economic growth, and Jakobsen expects the trend to continue. Shipments of agricultural products, textiles and clothing are rising as the continent diversifies its trade away from raw materials, while more electronic and consumer goods are being imported as household incomes rise, he said.

“Africa is moving up in the value chain,” Jakobsen said. “People can now probably afford things they couldn’t earlier on. Underlying sentiment is positive. You are still seeing quite healthy growth.”