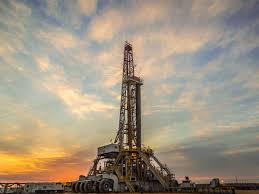 By Ngozi Egenuka with Agency report

Aberdeen based drilling contractor, KCA Deutag (KCAD), has announced that its land drilling operation has won new contracts and contract extensions worth approximately $110m. These contracts are for onshore drilling in Africa, the Middle East and Russia.

In Nigeria, KCAD won a one-year contract to carry out a workover program on one of their 700hp, with a further one-year extension option.   Also, its second rig has won a short-term contract for a three-month programme.

“This 1500hp rig will be operating in an area of Nigeria where we see increasing activity. This is the rig’s second contract in quick succession in this location and there are many other active opportunities that we are currently pursuing.”

In the Middle East, the company had also won seven years of contract extensions for five heavy rigs operating in Oman. The extension for each rig ranges from one to two years. In addition to this, a new contract has been signed with a new client in Oman for 2000hp rigs for a period of six months.

Land operation has been awarded a new drilling contract in Russia for a 1000hp rig with one of the country’s leading integrated oil companies. The contract has a fixed term of one year. In addition to our 17 land rigs in Russia, KCAD is the drilling contractor on three platforms offshore Sakhalin Island.

KCAD has also had some success in Algeria where we were awarded a short term contract extension for one of our 1500hp Speed rigs.

Remarking, Simon Drew, President of Land, said, “We are delighted to announce these contract awards and look forward to delivering value for our clients through safe, effective and trouble-free operations.”