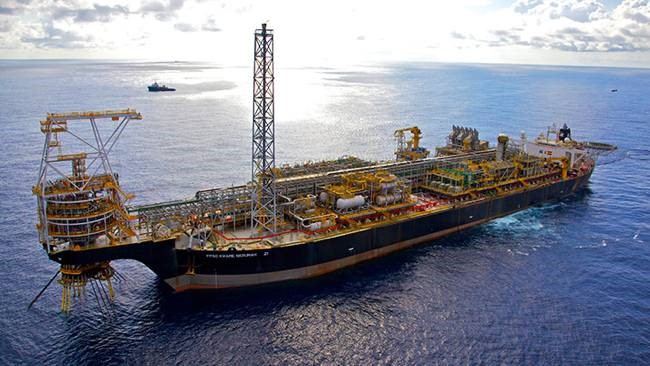 Tullow Oil, in its AGM Trading Update revealed that the technical investigation of the Jubilee FPSO turret bearing has confirmed that it is no longer able to rotate as originally designed leading to new operating procedures being implemented.

The procedures being investigated include the vessel being put on “heading control” which requires the use of tugs to minimize vessel rotation and revised offtake procedures, including the use of a dynamically positioned shuttle tanker and a storage tanker. Revised operating procedures are being implemented at the Jubilee field with new equipment and approvals in place.

Tullow said that sea water injection resumed on April 23 and offtake is expected to re-commence in the next few days with production to follow shortly thereafter. These activities and the two-week planned maintenance shutdown have impacted gross production from the Jubilee field which averaged 80,300 bpd (gross), for Q1.

A project team has been established to review the root cause of the problem and determine the optimum design of the permanent solution of the Jubilee turret issue. A decision on the solution is expected in the next few months.

On the financial end, Tullow has a comprehensive package of insurances in place including Hull and Machinery insurance, procured on behalf of the JV which covers relevant operating and capital costs associated with damage to the FPSO, and Business Interruption insurance which covers consequent loss of production and revenue. Claims under both policies have been notified to our insurers.