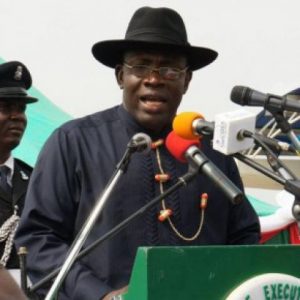 In order to expand the revenue base of the country, Bayelsa State Governor, Chief Seriake Dickson, has charged President Muhammadu Buhari to fast-track the development of the $22 billion Brass Liquefied Natural Gas, LNG, and refinery projects.

The charge comes barely two weeks after the House of Representatives, resolved to set up an ad-hoc committee to probe the implementation of $22billion Brass LNG project, which it alleged to have been poorly managed.

The House of Reps had also set up a special panel to investigate the expenditure and implementation of the $22 billion BrassLNG project and report back in six weeks for further legislative input.

This was contained in a statement by his Chief Press Secretary, Mr Francis Agbo, who said the governor spoke during a stakeholders’ meeting of the Peoples Democratic Party in Yenagoa, the Bayelsa state capital.

Governor Dickson stated that the call was imperative due to the lack of federal projects in the state.

The statement quoted the governor as saying that the take-off and eventual utilisation of the Brass LNG project would not only give the Ijaw people a sense of belonging but also expand the revenue base of the country.

The governor called on President Buhari to urgently address all bottlenecks militating against the commencement of work on the Brass LNG and refinery projects.

Governor Dickson who decried the backwardness of his state in terms of the development said the state government is willing to partner with the Federal Government as well as multinational companies in tackling the infrastructural deficit in the state.

The governor added that his administration has been working hard with lean resources to fund development projects such as the construction of major roads and bridges, schools and health institutions in the state.