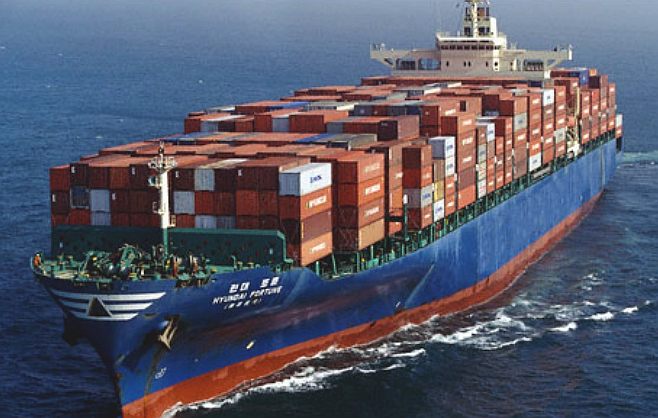 Shipments from Asia to the U.S. are reaching unprecedented levels, but the overcapacity of container vessels has sunk cargo fees, leaving shipping companies worried they might not profit from the uptick in activity.

“We like to think current shipping rates have hit bottom, but…,” said a frustrated executive of a major Japanese marine transport company. Spot fees for shipments from Asia to the U.S. East Coast stand at about $2,400 per 40-foot container, 40% less than a year earlier.

Shipments to the West Coast fetch around $1,400, down 30%. Both rates fall well below the shipping industry’s break-even line. Ocean freight rates have fallen to the lowest levels for the summer-fall demand season since current fee mechanisms were established in October 2009.

Container shipping volume between Asia and the U.S. rose 4% from a year earlier during January-September, on track to exceed the record for the whole of 2014, according to the Japan Maritime Center.

The organization says only freight from Asia to the U.S. has run counter to the downturn in global trends.

Cargo demand for garments and toys ahead of the U.S. holiday shopping season rises annually around the July-October period, and spot rates usually go up as well. That spot rates fell this year points to how freighters have overloaded shipping routes to the U.S.

For the lengthy maritime routes linking Asia with Europe, shipping companies this year have introduced more large vessels that can carry between 14,000 and 20,000 20-foot containers. However, shipments to Europe have weakened, leaving spaces on those massive carriers unfilled.

With the supply balance skewed, spot rates between Asia and Europe have plummeted to historic lows since spring. As routes were cut or suspended, companies decided to direct some of the European-bound ships to the U.S. East Coast instead, according to Japanese marine transporter Kawasaki Kisen Kaisha.

Senate Calls for Review of Power Purchase Agreement with…

The average carrying capacity of containerships heading from Asia to the U.S. East Coast is around 5,700 containers, while vessels bound for Europe can carry an average of 11,500 containers, says shipping company Nippon Yusen. The addition of the superfreighters to U.S. shipping lanes threw off the previously stable supply balance.

European and Japanese shipping firms are raising spot rates for U.S. routes, but the move is not having much of an effect.