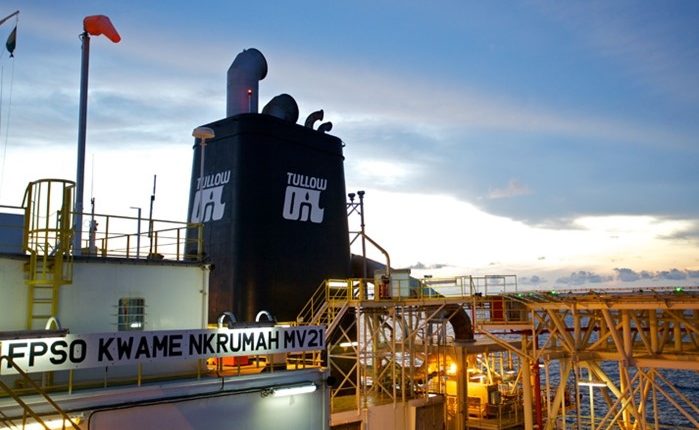 Ghana Gets Exciting As TEN Project Comes On Stream

The exciting word on the mouth of many players in the oil and gas sector in Ghana today is the TEN project, which is expected to come on stream in August 2016. The project is currently on course with the FPSO Prof John Evans Attah Mills, which is named after the late President of Ghana, undergoing installation for hook up to the TEN field and later commissioning. This process is expected to be completed in four months time when first oil is expected.

The TEN field lies just 20 kilometres from the Jubilee field. It is also operated by Tullow. The project takes its name from the three offshore fields under development – Tweneboa, Enyenra and Ntomme –which are situated in the Deepwater Tano block, around 60 kilometres offshore Western Ghana.

The TEN Plan of Development was approved by the Government of Ghana in May 2013, and by mid 2015 the project was over 65% complete. All 10 pre-first oil wells were drilled ahead of schedule.

For players in the industry, one of the major reasons why the TEN project excite them is the fact that the project has progress despite the fall in crude oil prices on the international market, which has affected a lot of projects all over the world. Many planned projects in the upstream sector in a lot of countries have been put on hold.  The good news about TEN is that the operators in spite of the current market down turn continued with their commitment to carry on with the project.

“In fact the scope was rather changed by the operator to ensure that Ghana take advantage of the fall in the cost of construction, installations and other allied services.

The other thing about the TEN project is that it has added on to the number of fields Ghana is currently producing from.  This changes Ghana’s status from a single field producer,” Mr. Kwaku Boateng, Director of Special Services, Petroleum Commission, said.

According to Charles Darku, Tullow Ghana General Manager, “The TEN Project is of huge strategic importance to both Ghana and Tullow, so it is pleasing to see it making good progress towards first oil in mid-2016.”

So far, since the installation and tie-in of the FPSO Prof John Evans Attah Mills to the TEN field started about a month ago, there has not been any reported incident; it has been running smooth.

“It is our anticipation that the few months ahead to complete the process will be incident free. But since this is a very technical engineering work that is being undertaken, there can be so many unanticipated challenges such as natural challenges among others,” Mr. Boateng hoped.

According to Tullow, the TEN Project is committed to maximising opportunities for Ghanaian businesses, and all major contractors were required to submit local content plans in their tenders. The TEN Project has built on the achievements of the Jubilee development to increase the amount of work undertaken in-country and achieve a number for firsts for Ghana.

TEN is Ghana’s first oil and gas project where important FPSO components have been fabricated in-country. The FPSO’s module support stools, which attach modules to the deck of the vessel, were fabricated in Tema and Takoradi by indigenous Ghanaian firms, Seaweld Engineering Ltd and Orsam Ltd. The FPSO’s nine suction piles, which will anchor the vessel to the seabed, are being fabricated at a new facility in Sekondi, in Ghana. Vital subsea production equipment is also being fabricated in Ghana. Harlequin International Ghana Ltd is making the subsea mud mats, and Subsea7 has constructed a new fabrication base in Sekondi where it is fabricating anchor piles for the subsea manifolds.

The subsea christmas trees for the project will be assembled and tested by FMC Technologies at their state-of-the-art facility in Takoradi. In addition, Hydra Offshore Group is supplying Ghanaian engineers for the project.

Hydra Offshore Group is a Ghanaian-owned offshore and subsea engineering services company. The group, which was founded two years ago, has been engaged by TEN Project engineering services contractor, Wood Group Kenny, to provide engineers for the development. Ghanaian engineers from Hydra are now working with Wood Group Kenny in their London and Houston offices, enabling the knowledge transfer that will see Hydra engineers working on all stages of the TEN Project.

Harlequin International Ghana Ltd has been engaged by TEN Project subsea contractor FMC Technologies to manufacture subsea mud mats for the development. The mud mats will sit on the seabed in the TEN fields, supporting subsea production equipment. Following the award of the TEN Project contract, Harlequin has opened a new fabrication base in Takoradi to supplement its modern workshop facility in Tema. The award of the contract has also enabled Harlequin to send some of its staff to South Africa to gain internationally recognised welding qualifications.

“I am delighted that the TEN Project remains on track and is delivering benefits to Ghana. I visited the FPSO last year and it was fantastic to see components made in Ghana installed on the deck of the vessel. I was also able to meet three employees of the Ghana National Petroleum Corporation who are on secondment in Singapore, learning how the vessel will operate. Earlier this year I was able to see for myself the capacity building that is ongoing when I visited the new fabrication facilities in Sekondi-Takoradi and I am optimistic for the future of our young oil industry in Ghana,” Hon Emmanuel Armah-Kofi Buah, Minister for Petroleum.

“In terms of employment with TEN, we had an extensive discussion with Tullow whereby we review all the expatriate positions that are needed on the TEN FPSO and we would look at the ones that we think we have in-country capacity to be occupied by Ghanaians. Those that we do not have the in-country capacity and therefore has to be occupied by expatriate in the interim, we agree on a comprehensive succession plan and training program to develop Ghanaian capacity to fill that position,” Mr. Boateng indicated.

As part of plans to maximize local content and in-country spend, the Petroleum Commission has been eyeing the Tema Dry Dock to see how to rehabilitate the place which has been left to deteriorate for use again.

During the Jubilee FPSO construction there was an attempt by Tullow to find out what aspect of the fabrication work can be done at the shipyard. Unfortunately, this move was misunderstood by the workers at the shipyard due to lack of communication on the matter, and eventually led to the abandoning of the idea.

According to Mr. Boateng, the strategic positioning of the shipyard is very crucial to the growing oil and gas industry. “If revamp the shipyard can be used for ship repairs, FPSO repairs and even later for vessel construction.

Last year we started engaging the Tema Dry Dock as to how we can rehabilitate the shipyard, especially to benefit from the OCTP development.

The shipyard does not have the resources to undertake the rehabilitation on their own. We need to raise those funds from the public or private sector.

It later came to our notice that the Ministry of Transport is also trying to revamp the place through a public private sector partnership. We have been informed that there is a tender made by various companies to that effect.”

Available figures indicates that between 2010 and 2015 out of over US$7.5billion of contracts awarded, more than US$1billion went to indigenous Ghanaian companies. And in the last year alone of the total contracts awarded, 22% went to indigenous Ghanaian companies through the supply chain. In terms of employment, the Petroleum Commission says localization is around 72%.

“We are very confident that in subsequent development we would achieve greater success rate than this,” Mr. Boateng said.

The opportunities in Ghana’s oil and gas industry abound. As the TEN field is set to come on stream, the OCTP development is expected to start earnestly. It is also anticipated that that the HES development will also follows after the OCTP.

Currently there is an ongoing discussion among the Jubilee partners for the Greater Jubilee development. Tullow is working on the Plan of Development (PoD).

GNPC is earnestly working on opening up the country’s onshore basin, the voltarian basin, which is the largest of all the sedimentary basins in Ghana and covers almost third of the land in the country. GNPC is in the last stages of getting some companies to come in to collect seismic data.