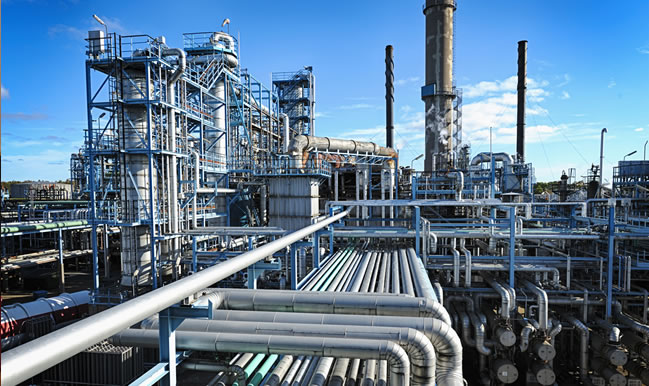 The Ghana Gas Company Limited (Ghana Gas) has embarked on an operation to secure its entire oil and gas infrastructure in the country against any terrorist attacks.

The operation “If you see something, say something”, is expected to involved members of the host communities that houses Ghana Gas projects infrastructures to be actively involved in the security of the facilities by being vigilant, cautious, curious and report any unusual circumstances to the law enforcement agencies.

In an address before closed door meeting with heads of security agencies at the Atuabo Gas Processing Plant, Dr. George Sipa Yankey, Chief Executive Officer, Ghana Gas, said he has directed the Community Relations Department and Community Liaison Officers in the project affected communities to draw up a plan of engagement with the 60 communities along the Right Of Way (ROW).

“We should inculcate the culture of if you see something, say something into members of the community. I entreat staff and community members to be security conscious since the security of the state is everyone’s business, he noted.

As part of the security arrangement, a Ghana Gas management team led by the CEO is to meet with the Ghana Air Force to outline measures on how to further strengthen the aerial surveillance of the gas infrastructure with the Z9 helicopters.

The West African sub region has seen a number of terrorist attacks in recent times, with major attacks in Nigeria, Niger and Mali. Burkina Faso, Ghana’s neighbor to the north, suffered an attack in January this year, which left thirty people dead and several injured.

In line with these concerns and enhance the protection of the nation’s premier gas infrastructure, the Ghana Gas met with key heads of security to assess threat levels and map out plans and strategies to enhance security.

Environmentalist Calls for Adoption of US, Europe Models to…

The meeting was also expected to discuss plans to enhance coordination and sharing of security information and strategies among the various security institutions within the project affected districts.

This will create a platform for sharing information on potential and reported disturbances to the gas infrastructure, including the 111km right of way from Ellembele to the Shama Takoradi Metropolitan Assembly and the 58km offshore pipelines.