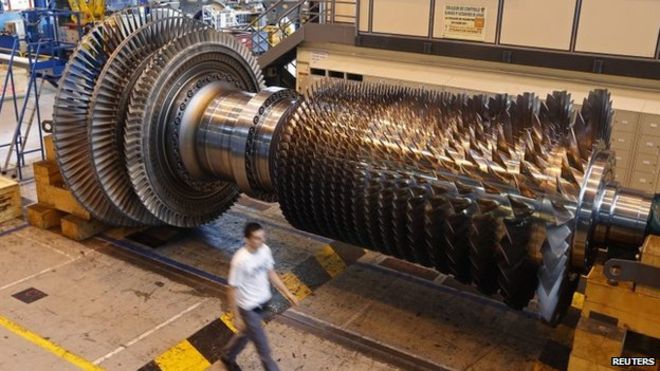 General Electric (GE) Has Announced It Will Sell Nearly All Of Its Property Portfolio, Worth $26.5bn, To Funds Including Wells Fargo And Blackstone.

The sale is the biggest commercial property deal in the US since 2007.

GE has been retreating from its property investments globally as it focuses on its industrial operations.

Without its properties, the company says it expects its other, “high-value” operations to bring in 90% of earnings by 2018, compared to 58% today.

The plan allows GE to buy back nearly two billion of its outstanding shares. A further $4bn of commercial real estate assets will be sold to other buyers.

GE said it hoped the divestment would make it a “simpler, more valuable” company.

Chairman Jeff Immelt said: “This is a major step in our strategy to focus GE around its competitive advantages.”

In an effort to return to its roots in industrial business – such as energy management, water and aviation – GE is also shedding its financing and lending arm, because it feels market conditions are “favourable”, it said.

“GE has been under pressure for a number of years to focus on its industrial business,” Steven Winoker, managing director at financial analyst company Bernstein, told the BBC. “The reason they say the market is more favourable is because there are a lot of buyers out there who have approached GE.”

Furthermore, the US Financial Stability Oversight Council has declared several financial firms outside the banking sector – such as GE’s – to be so big that failure of those businesses could threaten markets.

“This move would relieve GE of the part of the business that is becoming volatile. Basically, they have to become a lot less general, and a lot more electric.”