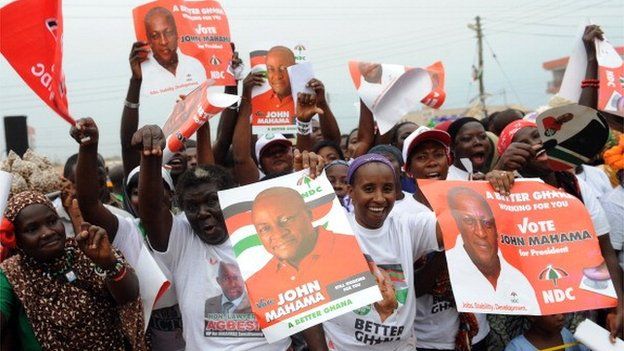 …as PIAC takes its reports to the districts

A composite report on government’s management and use of the country’s petroleum revenues, currently being disseminated in 60 districts across the country, is generating serious concerns, with some participants suggesting that, Ghana is likely to fall into the resource curse trap if the trend continues.

According to the report put together by the Public Interest and Accountability Committee, Ghana has between 2011 and 2015 produced about 162 million barrels of oil, translating into some US$3.2 billion dollars.

The report says that, government has so far complied with the law, regarding the allocation of the revenues among the Ghana National Petroleum Corporation (GNPC), the Annual Budget Funding Amount (ABFA), the Ghana Stabilisation Fund (GSF), and the Heritage Fund (GHF).

The allocations to GNPC, being 30 percent (revised downwards from 40 percent in the 2015 budget) is to finance the company’s expenditures in respect of cash-calls on the country’s 13.64 percent Carried and Participating interest in the Jubilee Field. What goes to the Stabilization Fund (currently capped atUS$150 million (revised downwards from US$250 million) is intended to help manage the volatility effect of petroleum price fluctuations on the budget. The allocation to the Heritage Fund is in recognition of the interest of future generations in the country’s oil-wealth and meant to create a capital inheritance for them.

The PIAC presentation at the ongoing public forums at the district level provide an overview of oil revenues, but tend to focus more on the ABFA (70 percent of what is left after GNPC’s allocation has been taken care of) and how it has so far been utilised. The report says the expenditure has been in four main categories (as prescribed by the law), namely Agriculture modernisation, Roads and other infrastructure, Amortisation of loans contracted for oil and gas-related activities; and Capacity building.

What appears to have caused the greatest concern is the thinly spread of the detailed expenditures, and how the Capacity building category has enveloped all manner of expenditures that nominally, can hardly qualify as capacity building. For instance, the report says in 2012 an amount GHC2 million was disbursed to the creative arts industry. Specifically, the amount was paid to the Musicians Association of Ghana.

While PIAC concedes that the development of the creative arts industry deserves attention, it expresses reservation as to whether the expenditure can qualify as a prudent use of the petroleum revenues.

In 2013, again, under Capacity building, GHC10 million was disbursed to the Venture Capital Fund;GHC2 million to the EXIM Guarantee Fund; GHC45.1 million to improve capacity at primary and secondary schools; GHC556,655 for printing and transportation of stationery to seven regions, among others.

The education sector expenditures, captured under Capacity building, are in addition to substantial expenditure on education-related infrastructure totaling GHC70.2 million. This revelation caused some participants to question whether or not the Ministry of Education was allocated any budget for the period or not; and what the Ministry did with its budget. It would appear that without such analysis, petroleum revenues may end up replacing tax-funded projects rather than adding on, a situation which the Chairman of the Civil Society Platform on Oil and Gas, Dr. Steve Manteaw contends will undermine the potential impact of oil revenues on the country’s development.

Other concerns being expressed from across the districts, where these consultations are ongoing, have to do with the use of GHC3.6 million for the controversial bus re-branding exercise. At the Kwaebibirem district forum, a 72 year old farmer, Ama Akyaa Konadu of Kade, questioned the wisdom in using such huge amount on the branding exercise, when more buses could have bought with it, and would have helped to ease the stress on public transportation.

The Public Interest and Accountability Committee (PIAC), is a statutory oversight body established by  the Petroleum Revenue Management Act, 2011, Act 815 (as amended), to monitor compliance with the law; provide platform for public debate on government’s management of petroleum revenues; and to undertake independent assessment of the management and use of petroleum revenues.

Oil and Politics: What Do Ghana’s Political Parties Have To Offer?