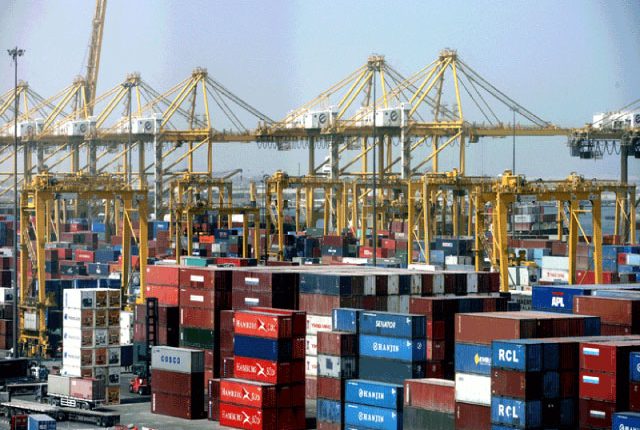 The Federal Government of Nigeria in its effort to ensure that all Sea Ports in the country become globally competitive and professionally productive in terms of revenue generation and efficiency; concessioned the sea ports to private operators. The Government in the same vein designated the sea port terminals for the handling of specific types of cargoes based on a categorization of cargoes authorized to be handled by each of the terminals in the country, before handing over to the private operators.

However, some operators who do not understand the categorization of the cargoes have been applying varying interpretations. This situation forced a concessionaire at Warri Port named Associated Maritime Services Ltd (AMS), to seek legal interpretation on the contentious issue at the Federal High Court in Port Harcourt.

The case between Associated Maritime Services Ltd vs City Real Estate & Property Management Company with suit No. FHC/PH/CS/74/2014 was brought before Hon. Justice Lambo Akanbi, of the Federal High Court in Port Harcourt, following the refusal of the Defendant to pay the rate charged in respect of its cargo.

Delivering judgment at the close of legal presentations by both parties, the Presiding Judge said and I quote “ On the whole, and in the final analysis, I hold that there is great merit in the plaintiff’s case”, and affirmed that the designation of the various ports in the Federal Republic of Nigeria into different cargo terminals by the Nigerian Ports Authority (NPA) and Bureau of Public Enterprises (BPE), is in line with the respective mandates of the NPA and the BPE, and is ipso facto, valid, subsisting, authentic and therefore to be adhered to or complied with by both operators (concessionaires) and port users alike.

According to the Judge, “by virtue of the Nigerian Ports Authority Act Cap N-123 laws of the Federation of Nigeria 2004 and in particular, Sections 7(a),(b),(c) and (k); 8(1) and 32(1) thereof, the Nigerian Ports Authority is vested with powers to enforce compliance with the arrangements made by the BPE designating all Federal Ports in the Country as to guarantee, among others, the efficient management of port operations, optimal revenue inflow and return of investments in port operations and facilities

Reacting to the landmark judgment, maritime stakeholders are of the opinion that the judgment has come very timely; as this will completely erase any doubt whatsoever as to the designation of the seaports and the categorization of cargoes in the country. They also believed that it makes so much economic sense, as all the oil facilities and activities are located within the designated Oil and Gas Terminals of Nigerian Ports Authority (NPA), Ports of Onne, Warri and Calabar which are located in the poverty stricken Niger Delta States of Nigeria.