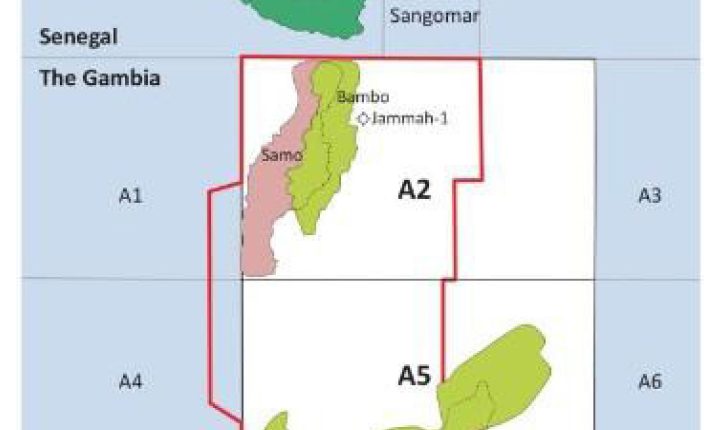 FAR Limited has awarded a drilling rig contract to Stena Drilling. Stena Drilling will provide and operate the Stena DrillMAX drillship to drill the giant Samo prospect offshore, The Gambia, scheduled for late 2018.
FAR’s Managing Director Cath Norman said: ‘We are delighted to make this announcement as the Stena DrillMAX was our rig of choice given it completed a highly successful, efficient and under budget drilling campaign for our Senegal joint venture in 2017’. ‘FAR has secured the rig at a very attractive operating day rate which is in line with 2017 rates. The FAR drilling management team consists of several personnel involved with the Senegal joint venture’s previous drilling campaigns. In securing many of these core team members in conjunction with the Stena DrillMAX, we are well positioned to achieve solid operating performance in The Gambia.
This is a positive milestone for FAR as we prepare to drill the Samo-1 well later this year, the first well offshore The Gambia for 40 years.’ The Samo-1 exploration well has a primary target which FAR estimates to contain a best estimate prospective resource of 825 mmbbls of oil*. The prospective resource estimates for the Samo-1 well are outlined in Table 1 (below). The Samo prospect has two target intervals, is on trend and shares many similarities with the giant SNE oil field. As such it is very highly rated with an estimated chance of success (CoS) in one or both targets, endorsed by RISC, of 55%. It is rare to have an exploration prospect with such a high CoS but this reflects the adjacent discovery at SNE and the confidence FAR Limited has developed in exploring in the play fairway which is yet to experience a dry well. Drilling of the Samo-1 well is expected to commence in late 2018. FAR Gambia Limited, a wholly owned subsidiary of FAR limited, is operator of the Gambia Block A2 Joint Venture and has awarded the drilling rig contract to Stena Drilling.
Stena Drillmax
The Stena DrillMAX is a state of the art, dual mast, dynamically positioned, deep water drill ship with a rig crew that has extensive international and regional West African experience. The Stena DRILLMAX is a harsh environment dynamically positioned DP class 3 drillship capable of drilling in water depths up to 10,000’.
General Features:

Stena
Stena AB is one of Sweden’s biggest family-owned companies. Stena Drilling, based in Aberdeen, Scotland is a leading global independent drilling rig operator, focusing on high specification drilling units for harsh frontier environments. Stena Drilling has had an active role in the building and conversion of rigs whilst also pioneering some of the most leading-edge technologies and innovations in the drilling world.