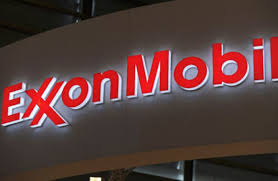 Subsequently, the First Deputy Speaker of parliament, Joseph Osei-Owusu, referred the agreement to the Mines and Energy Committee for consideration and report.

ExxonMobil signed a deal with Ghana in January 2018 for exploration at the oilfield after direct negotiations without an open tender because of the nature of the field, where the depth ranges from 2,000 to 4,000 meters, the government said at the time.

The U.S. oil giant is lead operator with 80 percent interest in the field, while state-run Ghana National Petroleum Corporation holds 15 percent. The deal required a local partner to own the remaining 5 percent.

Government came under criticism in some quarters for awarding the field to the US oil major through direct negotiation and not via competitive bidding. However, the government has now shortlisted some 14 companies for the next stage of a bidding process it has now introduced.

“The deadline for submission of the bids will be on May 21, 2019, and the blocks are expected to be awarded to successful bidders in August 2019.”

The DeepwaterTano Cape Three Points is a large ultra deep-water block, located offshore Ghana. To date, around 400 million barrels of recoverable reserves have been discovered across seven fields on the block.

ExxonMobil is one of the world’s biggest companies by market capitalisation and posted first-quarter earnings of US$4.7bn in 2018 and operates in almost all parts of the world, with Ghana about to become its latest addition in the African market, if parliament ratifies the deal.