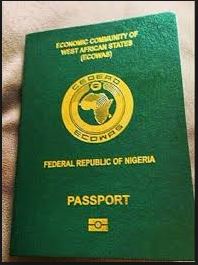 Reports emerged weekend that the Nigerian government has increased the cost of procuring the Combined Expatriate Residence Permit and Aliens Card (otherwise known as CERPAC card or green card) to $2,000.

The card is a must-have for visiting sailors who stay ashore for more than 28 days. It is also compulsory for foreigners residing in Nigeria beyond 56 days and for expatriates working in the country.

The card, which is produced by a firm, Continental Transfer Technique Limited for the Nigeria Immigration Service, is valid for a year.

The Federal Government generated N1.2 billion between 2016 and 2017 from the sale of the cards to foreigners.

The new price of the CERPAC card was reportedly effected last week without warning by the Ministry of Interior, a development that said to have caught many foreigners unawares.

A local newspaper reported that many foreigners had visited the banks to pay the old rate of $1,000 for the card, but were informed that the document is now sold for $2,000.

According to the newspaper, “Many of the foreigners could not obtain the card last week on hearing that the price had been hiked by 100 per cent by the Ministry of Interior. Most of them simply went back home because they were shocked by the development which they felt was uncalled for.”