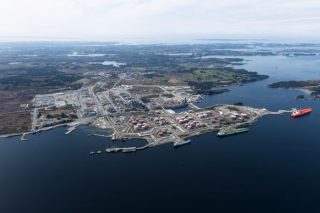 Wood said on Tuesday that the scope of the contracts includes front-end engineering design (FEED) for a gas residue debottleneck project, and engineering and procurement services to reduce sulphur content in gasoline produced at the refinery.

Effective immediately, the contracts will be delivered by Wood’s engineering teams based in Sandefjord and Bergen, Norway, with support drawn from the company’s global expertise.

Dave Stewart, CEO of Wood’s Asset Solutions business in Europe, Africa, Asia and Australia, commented: “Wood has worked with Equinor for more than twenty years and is committed to supporting the Mongstad production facility and the key role it plays in processing oil and gas from the Norwegian continental shelf.”

Earlier this year, the company completed front-end engineering design and analysis for modifications at the refinery’s naphtha hydrotreating and storage systems.

Wood has a maintenance, modification and operations (MMO) framework agreement with Equinor worth approximately $400 million, secured in 2015, to deliver maintenance and modification services to four installations on the Norwegian Continental Shelf.

A large proportion of all Equinor-produced oil on the Norwegian continental shelf, including the state share, is held at the Mongstad terminal for export to customers in North America, Europe and Asia.

Oil for the Mongstad terminal comes in mainly through two pipelines from Troll B and Troll C and connected offshore oil fields, and underground storage caverns can store up to 9.44 million barrels. The oil from the Johan Sverdrup field will be brought ashore at Mongstad when production starts towards the end of 2019.