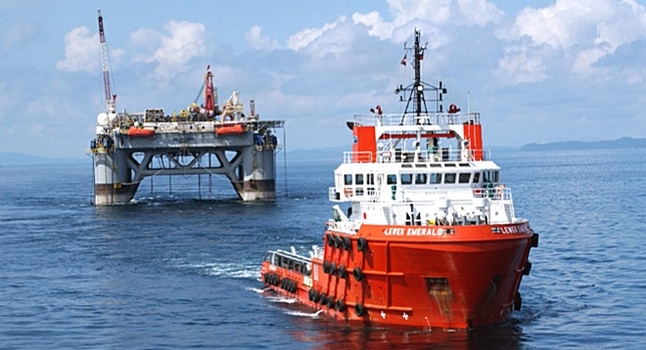 EMAS Offshore Limited has secured three new awards for charters with oil majors in West Africa and Thailand valued at more than US$24 million.

Offshore which confirmed the development maintained that EMAS Offshore Limited, an established offshore services provider offering offshore support, accommodation, construction and production services to the oil and gas industry, today announced that it has secured three new awards for charters with oil majors in West Africa and Thailand valued at more than US$24 million.

It indicated that in West Africa, EMAS Offshore’s Anchor Handling Tug and Supply vessel will be providing sea transportation services that include towing, performing anchor handling and positioning of rigs and other floating structures for an oil major.

The medium indicated that over in the Gulf of Thailand, EMAS Offshore’s other two contracts are with EMAS Energy, an entity that belongs to the Well Services division of Ezra Holdings Limited.

It stated that one of the contracts is part of an integrated and comprehensive solution for an oil major in Thailand, and is a charter for a Platform Support Vessel, while the other contract is for the provision of an AHTS vessel for a national oil company, both awarded after a competitive tendering process.

The scope of work includes the provision of accommodation, towing, anchor handling and logistics support for oil and gas production platforms, and collectively is worth some US$12 million.

Mr. Jon Dunstan, EMAS Offshore’s Chief Executive Officer, is quoted to have said: “We have a distinct advantage of being able to deploy vessels globally. I am delighted to see that our strategy of focusing our efforts in West Africa where offshore activities remain healthy is paying off.

He is also said to have concluded, “Additionally, the wins in Thailand demonstrate the synergy we have within the EMAS brand to deliver integrated solutions, and are yet another competitive advantage we can leverage, especially amidst market volatility.”