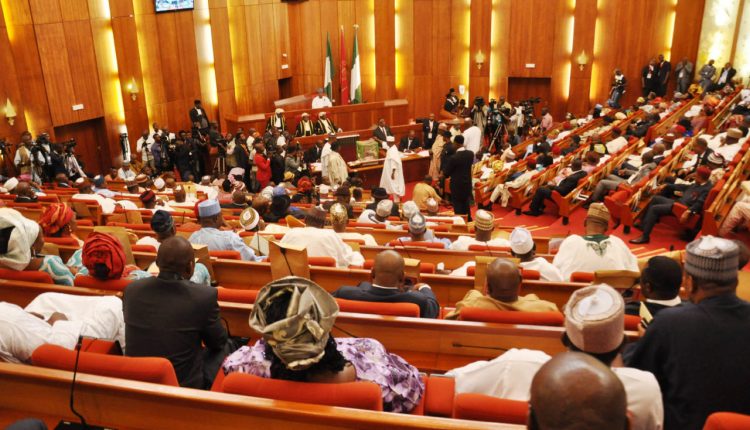 In Defense of Local Content: Senate to Investigate Possible breach of NOGICD Act by IOCs

By OrientEnergyReview On Jun 4, 2018
0 93
Share
By Oge Obi
The Senate Committee on Local Content has said that it would investigate the non-patronage of an internationally certified Nigerian pipe manufacturing and coating company, SCC Nigeria Limited, by Nigerian National Petroleum Corporation (NNPC) and International Oil Companies (IOCs).

The Chairman of the committee, Senator Solomon Adeola, made this known in a statement by his Media Adviser, Kayode Odunaro on Sunday in Abuja

The Chairman of the committee made this known when he led members of his committee including two principal officers of the Senate on an inspection tour of the factory.

He said the committee would investigate the possible breach of the Nigeria Oil and Gas Industry Content Development (NOGICD) Act by the NNPC and IOCs beyond the issue of competitive pricing.

He said there was no way local industries could be competitive against foreign products without patronage, as specified by the local content law.

“The company located in Ushafa, Abuja, and employing over 500 Nigerians had in time past manufactured different specifications of pipes for NNPC, Mobil Producing, Shell Development Company Limited, Nigeria Agip Oil Company, Chevron Nigeria Limited to the tune of $183.76 million between 2008 and 2014. It has, however, been idle since then due to lack of patronage by players in the oil and gas and water project sectors of the economy.

“We are surprised that we have such an internationally certified company here in Nigeria with the antecedent of executing major contracts in the past and employing many Nigerians not being patronised. Our law grants local company right of first refusal and there is no reason why this should not apply to this company,” he said.

Adeola requested the company to furnish the committee with relevant information on their predicament, assuring that the committee would take up the issue with NNPC, IOCs and other stakeholders.

He said the committee would work to ensure that the company resumed operations at the earliest opportunity, stressing that it was regrettable that local capacities already developed by the company were idle and temporarily laid off.

Earlier on the Director of Operations of SCC Nigeria Limited, Wale Adebayo told members of the committee that the company got its last order in 2014.

He said that since then there had been several pipeline contracts in the industry without recourse to the only Nigeria pipe manufacturing and coating company that has all international certifications.

He said their findings pointed to competitive prices by mostly Chinese companies that were being patronised by stakeholders contrary to the local content law.