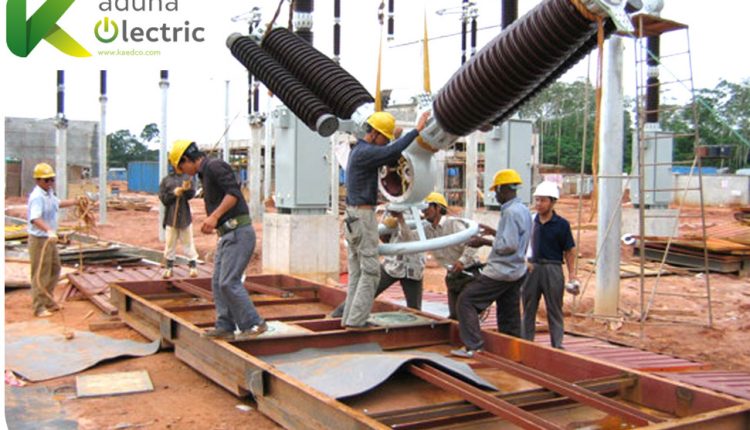 The Coalition of Civil Society Organizations (CSOs) has given the Kaduna Electricity Distribution Company, KAEDCO, a four weeks ultimatum to evacuate all of the eight per cent power allotted to it to service as well as provision of transformers, poles, cables and all other installations to the people of Kaduna to avoid shutdown of it operation. This is sequel to recent agitations by the people of Kaduna on the inadequacy of power supply despite unprecedented increase in generation and transmission and its availability as noticed in Kebbi, Kano and other places.
The Management of KAEDCO had informed its customers within Kaduna metropolis in a press release that there will be interruption to some parts. The outage was scheduled for Wednesday, 18th of April, 2018, it stated, to enable its engineers decommission an existing transformer to enable it change the control panels in the transformer to new ones for the period of installation and commissioning of new control panel of the 2×15 MVA 33/11KV Transformer T1 and T2. Areas that would experience outage were NAF Base, Rigasa, Unguwan Dosa, State House, Hayin Banki, Kawo, Legislative quarters and Zaria road. The release then added that normal supply would be restored as soon as TCN is done with the work.
We don’t own 33/11kV power transformers and do not supply directly to houses -TCN
But the Public Affair Manager, Ndidi Mbah, described the statement as a misinformation, stating that, every 33/11KVA transformer is distribution transformer. According to her, “TCN does not own 33/11kV power transformers, they are distribution transformers. If work is being carried out on a distribution transformer by Kedco, why involve TCN In it’s release, it’s purely a Kaduna Disco affair. We do not have the mandate to supply power to homes, TCN only supply electricity to Distribution Companies such as the Kaduna Distribution Company and if Kaedco is working on its own transformer what has that got to do with TCN?.
CSO’s Mandate to KAEDCO
Meanwhile, the CSOs had engaged with the management of Kaduna Electricity Distribution Company (KAEDCO) to seek answers to the above mentioned challenges faced by electricity consumers in Kaduna State, but the bulk of the fault were hipped on the Transmission Company of Nigeria (TCN). That necessitated a meeting with the management of TCN who debunked all the allegations with facts and figures at the instance of the CSO. The allegations and counter allegations necessitated a tripartite meeting with KAEDCO, TCN and the people of Kaduna represented by stakeholders. According to a statement signed by the convener of the meeting, Yusuf Amoke, it stated that: “Seeing that it was imminent to hold such a meeting, the CSOs called a meeting and discussed, after which a date was agreed and letters were sent to KAEDCO, TCN and Stakeholders. “At the tripartite meeting, TCN, Stakeholders, CSOs, media were all present except KAEDCO. Right at the floor of the meeting and to the ears of everybody present, KAEDCO was called to remind them that they were the only party every other party was waiting for. “They responded to the ears of everyone present that they have an already scheduled program for that day, as such cannot participate in the meeting. The CSO insisted that they should send in representatives, even if it is one or two people that will clarify issues, for it is impossible for a big organization of such to say it cannot attend to multiple programs simultaneously. But they insisted that they will not come. “TCN which was represented by its top management team led by the General Manager Engr. I. L. Alim then resolved that they cannot discuss anything since the other party that had made allegations against them in the media, was not at the meeting. The report further noted that after series of persuasion and obvious plea, they accepted to speak from their own angle of the issue. After which participants unanimously absolved TCN of all allegations levelled against her by KAEDCO and resolved as follows:
Communique:
“KAEDCO should hence forth evacuate all of the 8 per cent power allotted to it to service the people of Kaduna. Transformers, poles, cables and all other installations needed to give adequate, safe and reliable power to home must be provided by KAEDCO as a mandate not consumers or government as it is made to look like. “All homes should be metered and charged appropriately, to avoid people paying for power they did not consume, which has been the trend. Community Associations should encourage people to pay their light bills, guide electricity installations like transformers against vandalism and expose neighbours who bypass their meters. “KAEDCO should adhere strictly to the NERC guidelines, the law that established them and business ethics. KAEDCO should improve on its costumer services and its poor public relations. ’We give 4 weeks to the Kaduna Electricity Distribution Company to comply with the above demands of the people to avoid a shutdown of their head office.’’
KAEDCO to CSO: Shutdown, intimidation can’t solve power situation
In a statement to Orient Energy Review, the Management of KAEDCO stated that: ‘’we were unable to attend the meeting because sufficient notice was not given and we had earlier scheduled an interactive session with some premium customers. We believe organisers of such a meeting which was on our prompting by the way should have consulted all parties before fixing a date. ‘’The problems bedevilling the power sector are myriad and cannot be solved by threats of shutdown or intimidation. All critical stakeholders such as the presidency, power ministry, national assembly, NERC are aware of this and are doing everything possible to resolve them. ‘’We urge civil society groups to also toe this line as our doors are always open to dialogue with them about issues not only affecting Kaduna Electric but the power sector as a whole. We have demonstrated this before when we hosted them and we are willing to continue on this path.’’