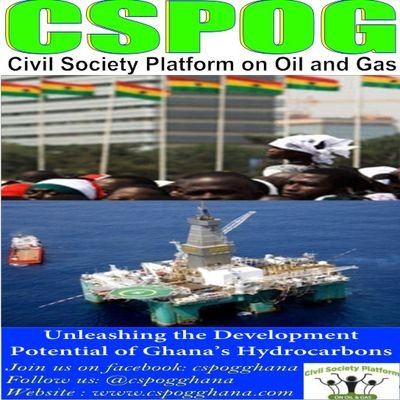 Conflict of interest is a recipe for Corruption – CSPOG

The Civil Society Platforms on Oil and Gas (CSPOG) has described as unfortunate the situation where it has become the norm, rather than the exception in Ghana for state official and entities to place themselves in positions of conflicting interests.

According to the group, this trend is indeed worrying, as it constitutes a huge impediment to the fight against corruption.

In a press release signed by Dr Steven Manteaw, Chairman of CSPOG, the group noted that this practice also constitutes a big blow to the integrity of the personnel and institutions involved, as well as the credibility of their work.

Hon. Mustapha Hamid’s admission that AMERI funded the Addison Committee’s trip to Dubai as part of investigations into the AMERI deal has raised serious conflict of interest issues. Media reports alleged that AMERI paid for the hotel and air tickets of the committee members to Dubai to aid the Addison committee’s investigation. This situation has led to people, especially the opposition party in Ghana, the NDC, to question the credibility of the report issued by the committee.

According to Dr. Kwabena Donkor, the Former Minister Of Power under whom the agreement was signed, AMERI’s sponsorship of the Committee compromises the integrity of Philip Addison and his committee to conduct any investigation whatsoever into the deal.

CSPOG pointed out that in 2015 before the Power Purchase Agreement (PPA) was signed between state-owned distributor, Electricity Company of Ghana (ECG) and Karpowership Ghana Company Limited, members of the Parliamentary Select Committee on Mines And Energy, who were responsible for ensuring due diligence before the contract was signed by the government, and who was saddled with responsibility for ratifying the transaction were sponsored on a trip to Turkey by the very company (Karpowership) that the agreement was to be signed with. Karpowership paid their airfares, hotel expenses and per diems.

There have also been several cases of government officials who are supposed to have oversight responsibilities over companies and institutions being sponsored by these same companies on trips abroad, serving on boards of these companies or involved with the company for personal gains.

CSPOG recalls that the Commission on Human Rights and Administrative Justice (CHRAJ) embarked on a mission to develop conflict of interest guidelines for public office holders during the reign of President Kufuor, but wonders what became of the exercise.

Now that CHRAJ is being called upon by the NDC to investigate the Philip Addison Committee, CSPOG takes the opportunity to urge that, any such investigation must lead to the prescription and adoption of guidelines by which public office holders, institutions, and investigative committees would be held to.

As part of remedial measures, CSPOG insisted that the state must be required at all times, to make funding available to sponsor activities of committees set up to investigate cases of corruption, as in the case of AMERI, to prevent creating avenues for possible bribery which leads to loss of credibility of the committees’ reports. If the government cannot ensure adequate funding is available to sponsor investigations, then they shouldn’t set committees up in the first place.

US Ambassador to Ghana Pays Courtesy Call on Energy Minister