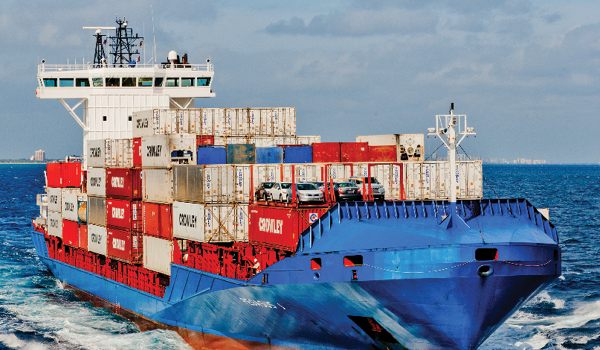 Nigeria lost $2.2 billion in 2014 due to lack of an international fleet, a Ministerial Committee on Modalities for the Establishment of a Nigerian Fleet, has said.

The committee stated that Nigeria would have earned $2.2 billion if 50 per cent of the ships that came into the country were Nigerian ships.

Its Chairman, Olu Akinsoji who spoke Monday in Abuja during the presentation of the report of the committee to Minister of Transport, Rotimi Amaechi, lamented that the country was losing huge sums of money for not having ships to carry the country’s cargo.

According to him, Nigeria lacks ships operating on international waters with dry local cargo, adding that all international cargo the country generates are carried by foreign ships.

“That is apart from the freight that is accruable by carrying Nigerian cargo. The human elements, the seafarer that would have worked on those ships would have earned $2.2 billion and you imagine every family of that sea farer would have benefited from the cargo.

“These are the kinds of losses that we are making by not having ships that are carrying our cargo. All the international cargo we generated is carried by foreign ships. We don’t have a ship in international waters carrying dry cargo.”

Amaechi said the Federal Government would assist the committee to implement its findings.

On the disbursement of the Cabotage Vessel Financing Fund to enable Nigerian ship owners acquire vessels, he said, “If you are selfish, I will pull it out. It means that I must not see your private interest, yes most of you are ship owners and you want to access it – you are qualified but it must be broad that everybody’s interest is involved if not, you will tear the maritime sector apart.

“The law says the minister decides and the decision ends on my table. That is what the law says. However, I intend to take it to the cabinet.”